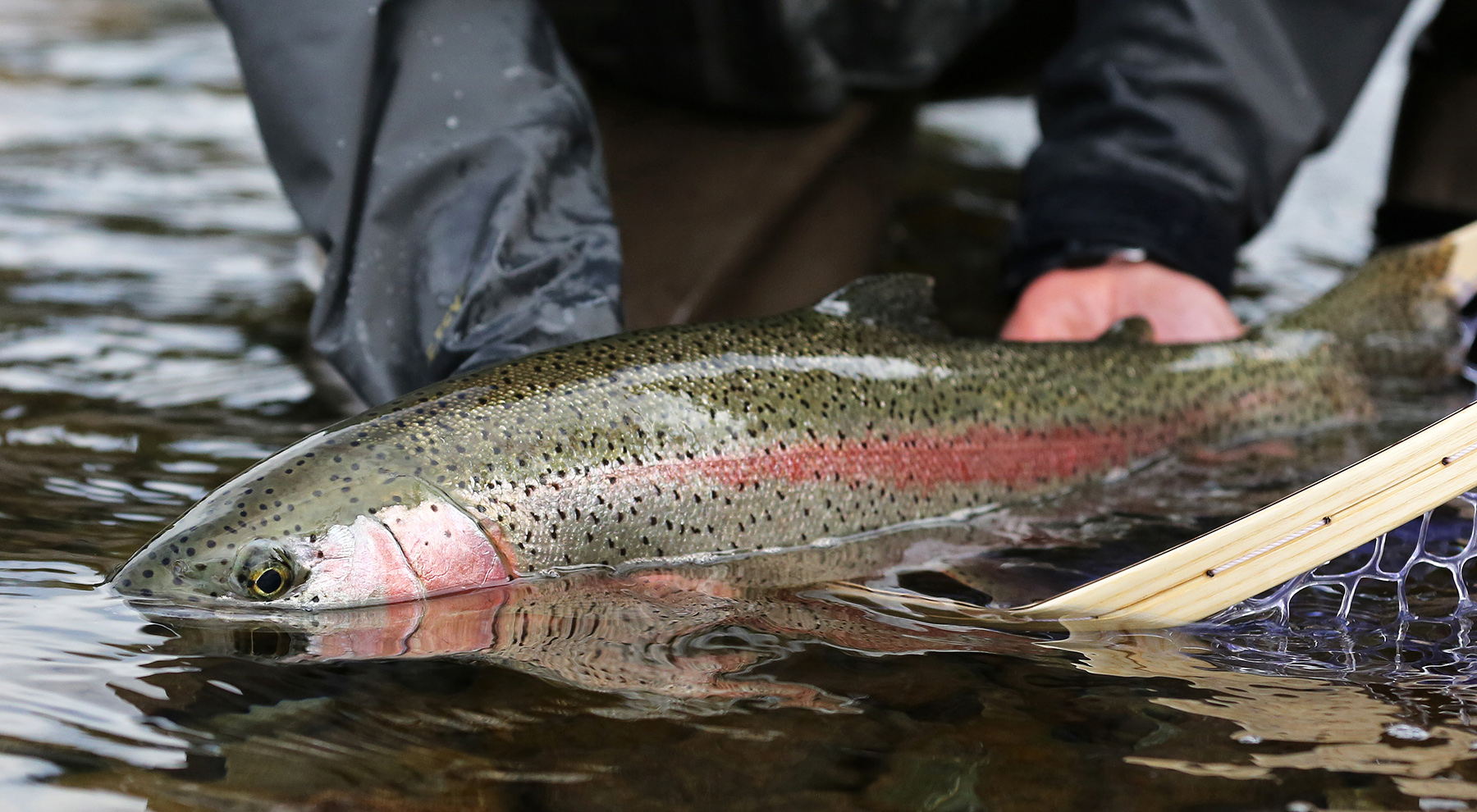 Alaska is the ultimate destination for both freshwater and saltwater fishing. Whether you're a flyfisherman pursuing grayling or char in the high Arctic, or a downrigger troller after a big king salmon off Kodiak Island, Alaska has something for you! This page offers an overview of what each region of Alaska has to offer anglers. Click the links in the menu or below each section to read more about specific fisheries in each area.

From sea-run rainbow trout (steelhead) in the rivers to a robust river fishery for several salmon species, the Yakutat / Cordova area offers an abundant freshwater fishing opportunity. The offshore fishing for halibut, lingcod, rockfish, and salmon is also outstanding.

With its countless bays, passages, inlets, and fjords, Southeast Alaska offers the saltwater angler tremendous opportunities for salmon, halibut, lingcod, and rockfish. Shore-bound anglers will find numerous options for salmon near river mouths and off of many points along the road system near Ketchikan, Haines, Juneau, Petersburg, Sitka, and Wrangell, not to mention many boat-based opportunities around Prince of Wales Island. A shining star in this area is Sitka, situated where mature salmon coming out of the North Pacific Gyre make their way to the coast before turning north to Alaska and south to the Pacific Northwest. Sitka lands more king salmon than any other harbor in Alaska. The road system also offers freshwater fishing for cutthroat trout, rainbow trout, and brook trout, along with salmon fishing. There are several fly-out freshwater locations out of the main towns throughout Southeast, most notable out of Ketchikan, Juneau, and Sitka.

The northern portion of Region 2 offers excellent remote saltwater fishing accessed from Valdez or Whittier. It's one of the richest saltwater fisheries in Alaska, with abundant salmon, halibut, rockfish, and lingcod fisheries. There are dozens of freshwater streams draining into Prince William Sound, which offer excellent fishing for salmon and char, and the roadside fisheries out of Valdez give anglers a chance to catch rainbow trout. 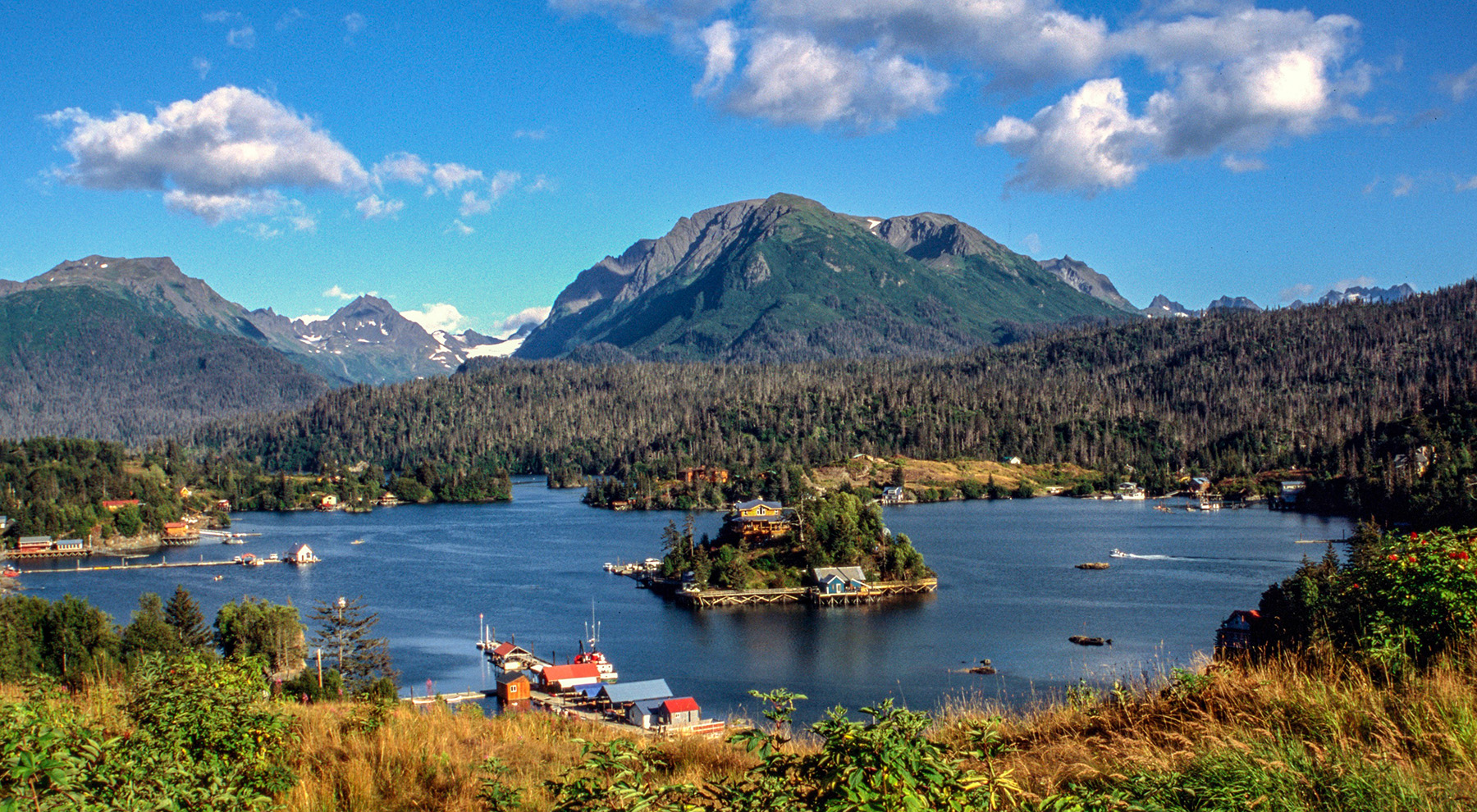 The protected waters of Kachemak Bay's Halibut Cove offer a protected base camp from which you can launch many unforgettable Alaska saltwater fishing adventures.

The Kenai Peninsula offers the most popular road-based fishery in Alaska, with the Kenai and Russian Rivers heading the list as destinations for large sockeye salmon runs. King salmon fishing in the Kenai River is legendary, as is catch-and-release fishing for huge rainbow trout and Dolly Varden. Numerous other freshwater streams and lakes abound here, offering everything from steelhead to all five species of Pacific salmon and trout and char as well. The Kenai Peninsula's saltwater fishery includes such famous locations as Whittier, Seward, Deep Creek, the Anchor Point area, Seldovia, and of course, Homer. Saltwater charter opportunities are available in all of these areas for those who don't have a boat. These fisheries are very productive for salmon and halibut on the Cook Inlet side, and these species plus rockfish and lingcod on the Gulf of Alaska side. If you're only going to fish one location in Alaska and want diversity, it's hard to beat the Kenai Peninsula.

Accessed via ferry out of Homer, or most commonly by commercial aircraft out of Anchorage, the Kodiak / Afognak island group offers superb saltwater fishing for everything Alaska's marine fishery has to offer. King salmon and coho salmon fishing are particularly good, as are halibut, lingcod, and rockfish. There is an extensive freshwater fishery accessible by the road system out of the city of Kodiak. The highway extends both north and south of town, with the southern portion being the longest, terminating just short of 40 miles from the city of Kodiak.

The eastern portion of Region 3 extends from the eastern Brooks Range to the eastern Interior. It offers remote and wild freshwater fishing for Arctic char, grayling, and burbot, with some chum and king salmon available. For anglers looking for rugged beauty, secluded settings, and isolation from other people, this is an ideal place to wet your line. The road system here is limited, but there are several road-accessible streams and lakes in the area. The bulk of the opportunity lies with the fly-out fishery typically accessed from Fairbanks, Coldfoot, Tok, or Delta Junction.

The Central Interior is the heart of the Alaska Interior, and freshwater anglers will find Dolly Varden, rainbow trout, grayling, northern pike, and burbot. Salmon anglers will find king salmon, coho salmon, and chum salmon. This area offers good road access; however, there are also fly-out opportunities for pike out on the Minto Flats and other places.

The eastern side of Region 4 consists of Anchorage, the Susitna Valley, and the southern Interior's eastern portion to the Canadian border. Fishing hotspots include the Matanuska-Susitna Valley, the Anchorage area, the Gulkana River, the Klutina River, and the Copper River. Anglers will find some of the best road access in the entire state here, with dozens of streams and lakes on tap for Dolly Varden, rainbow trout, grayling, and all five species of Pacific salmon. This fishery is one of the most popular in Alaska. In addition to great diversity, it offers excellent support in lodging, tackle shops, and other support services anglers need. 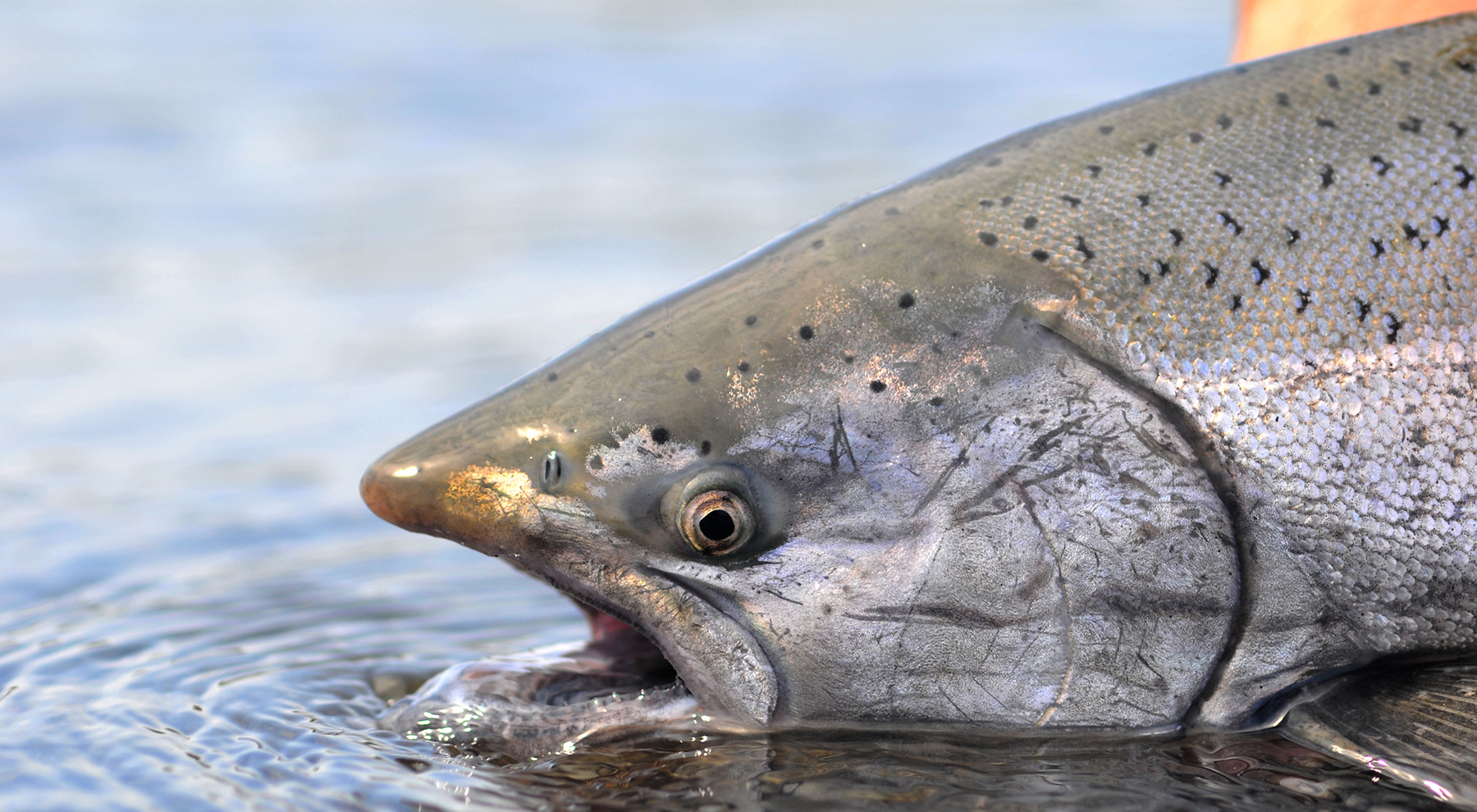 The Nushagak River offers the most productive freshwater king salmon fishery in the state of Alaska.

The western portion of Region 3 starts at the Western Alaska Range and on to the Iliamna watershed, famous for trophy rainbow trout and salmon fishing. It extends westward through the popular summertime fishing communities of Dillingham and King Salmon before heading west to Cold Bay, Adak, and eventually the Aleutian Chain's farthest islands. The Iliamna watershed is the most abundant wild trophy rainbow trout fishery in Alaska, attracting anglers worldwide to fish the clear streams for trout exceeding thirty inches in length. Several lodges in the area cater to anglers, and this is one of the premium freshwater fishing experiences Alaska has to offer. The area also hosts one of Alaska's richest salmon fisheries, attracting huge runs of sockeye salmon each year. The Nushagak River over toward Dillingham hosts a king salmon run second in Alaska only to the Yukon River itself. Several fishing lodges and remote camps in this area cater to anglers. The Naknek River near King Salmon drains out of Naknek Lake and offers excellent rainbow trout fishing, together with sockeye, king, and coho salmon. The river also hosts chum and pink salmon. There are fishing lodges in both Dillingham and King Salmon and floatplane charter services used to access remote fisheries on an overnight or day-trip basis. The Wood-Tikchik Lakes area, typically accessed from King Salmon or Dillingham, offers the comfort of some of Alaska's premier fishing lodges. These places provide day-trips to premium fishing locations, bringing you back to the comfort of the lodge at the end of the day.

Accessed from Kotzebue, the main attractions for freshwater anglers in the Western Arctic are the Wulik River for char and the mighty Noatak River for salmon, grayling, and char. Other notable rivers include the Selawik, the Ambler, and the Kobuk. There are many others that offer excellent fishing opportunities in this area. It's notable that this is the premium area in Alaska to catch iconnu, or "sheefish", as they are locally known. This is a remote fishery that requires wheel plane access to get to prime fishing. Most anglers targeting the Noatak use rafts to float the scenic river, camping along the way as they enjoy some of the finest scenery in the Arctic.

The Yukon-Kuskokwim Delta, known by Alaskans as "the YK Delta" offers excellent fishing for northern pike, with several lodges in the area catering to pike fishermen. Some of the streams offer good salmon fishing as well. Access is usually via floatplane out of Bethel, Alaska's largest village and the hub for flight operations in Western Alaska.