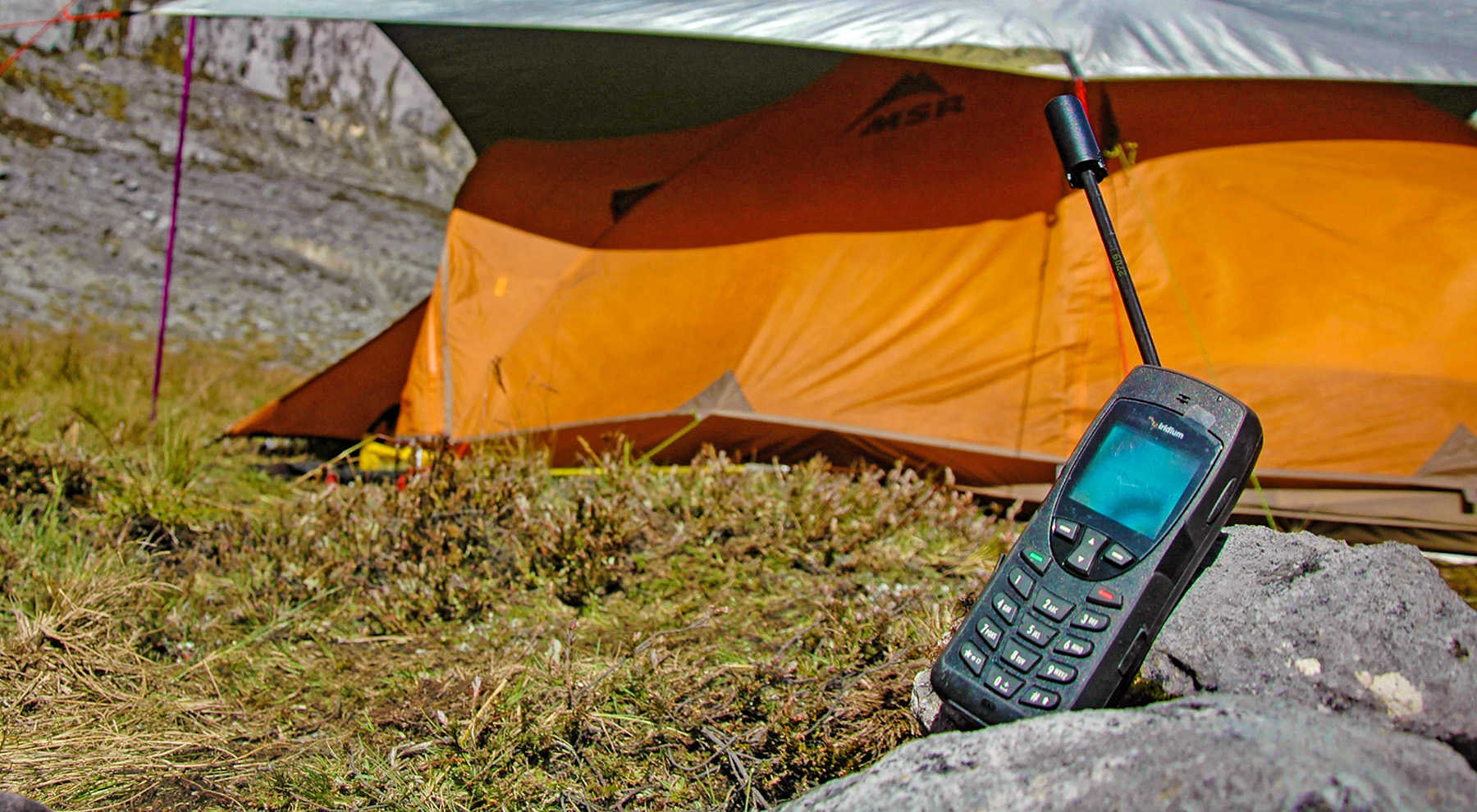 Those who don't live in Alaska may be surprised to learn that we are very much on the front edge of technology. According to one source, about 33% of the urban and rural areas of Alaska have high speed internet access. This makes Skype, email, and other computer-based communications tools very accessible within Alaska. So if you're planning on a visit to the state, bring your iPhone and laptop. You'll have access in all the main towns and a substantial number of remote villages too!

All urban areas in Alaska have cell coverage, as do a number of villages across the state. This includes 3G service across much of the state. But most remote locations, including the majority of the highway system, have poor or nonexistent cell phone coverage. Check with local carriers before planning to use a cell phone as your primary means of communicating in Alaska. Because cell service involves line-of-sight connectivity with a cell tower, cell phones are not recommended for use in remote locations off the grid, such as fly-out locations or some places that are far from area towns.

Emergency communications gear is essential on any remote trip in Alaska. This includes road-based trips that take you far from towns where help can be contacted. There are many types of communications gear, some of which allow the user to talk with would-be rescuers and some that simply send out a signal that rescuers can use to locate the person needing help. Before we can look at the available options, a general understanding of how the rescue system in Alaska works is important.

The state of Alaska has perhaps the best remote emergency rescue system of any state in the country. Whether you're climbing Denali, rafting in the Bristol Bay area, or hunting the Brooks Range, getting help in an emergency today is much simpler than it was just a few short years ago. For specific contact information and phone numbers of rescue organizations, refer to our Emergencies page.

Let's look at the options.

A satphone is currently the device of choice when it comes to emergency communications gear that works anywhere in Alaska. You have two choices when it comes to satphones; the Globalstar system or the Motorola Irridium. There has been some talk about a Globalstar station in Alaska, however at this writing that has not come to pass. Because the Globalstar satellites are in a low orbit relative to the state of Alaska, coverage is reasonable in the southern part of the state, but becomes unreliable farther north. Your best bet is to go with the Motorola Irridium phone. Irridium phones have gone through several permutations, so if you're looking to purchase one, you should consider buying a used one online. They are much cheaper than the newer ones. That said, the rental option is often the most cost-effective angle if you need one for an occasional remote trip.

The satphone allows you to get help anywhere in the state, and it of course allows a user to make non-emergency calls as needed. So you can call your buddy in Florida to let him know about that big fish you just caught!

Portable (hand-held) VHF radios come in either aviation or marine models. The aviation radios have the broadest use in Alaska, however some parts of the state, namely the Bristol Bay area, the Alaska Peninsula and most of Southeast Alaska, use the marine radios almost exclusively.

Aviation VHF radios are used state-wide, but in the areas mentioned above it is recommended that users go with the marine radio for the best chances of contacting help in an emergency. Look for a radio that is waterproof and has the ability to use AA batteries. Locking yourself in to a radio that depends on a unique, rechargeable battery could be a fatal mistake if your battery dies. AA batteries give you the chance of borrowing additional power from your flashlight, GPS, or other electronic gear you have in camp. A backlit display is also very important, but be sure to get one that allows you to toggle the backlight on and off, to save battery power.

Regardless of which type of radio you have, you need to know something about the frequencies or channels used in your area. Each region of the state runs on several area frequencies or channels, and commercial operators, such as air taxis or charterboat operators, may also have a company frequency they use while in the area as well. Speak with your charter operator about those numbers and write them down in case you need to contact someone in a non-emergency situation.

The ELT is required equipment on all commercial aircraft operating within the state of Alaska. If you board an air taxi or charter aircraft, the pilot should show you the location and proper operation of the ELT in an emergency situation. Most ELTs are activated by a gravity switch that turns them on upon impact. So in the event of a crash, the ELT should go off automatically. But this does not always occur, so visual verification should be made to ensure the device is activated and working correctly. ELTs can self-activate in rough landings and even in severe turbulance. In some cases, private pilots may remove an ELT from their aircraft and it may go off in their gear bag if the bag is dropped on a hard surface. The false-alarm rate of ELTs in Alaska is about 95%. Because of the high number of false alarms, rescue personnel usually go into research mode when a signal is received. This means that in most cases, help cannot be expected immediately after an ELT goes off. On the contrary, it may take hours or even days for help to arrive. For this reason, the ELT should not be used as a primary means of emergency signalling by individuals.

The PLB is the single-best tool for signaling for help in an emergency in remote locations in Alaska. There are two reasons for this. First, it takes several deliberate steps to activate the unit. This means that there are almost no false activations (unlike the 95% false activations with ELT units), and second, it provides rescuers with exact coordinates of the location of the device. In a nutshell, when an ELT goes off, the rescue folks go into research mode. When a PLB is activated, they head for the helicopter. Many lives have been saved that could otherwise have been lost because of the timely rescues launched as a result of the PLB. The only real downside to the PLB unit is that it does not offer voice communications with rescuers. There are situations where direct voice communications with medical personnel could result in lives saved. Additionally, situations occur that require judgement calls in the field as to whether or not a MEDIVAC emergency exists, or whether the person should simply be flown out on schedule.