Alaska is a vast land with diverse ecosystems, boundless expanses of forest, high arctic plains, thousands of  miles of rivers, and entire mountain ranges within its borders. It is possible to spend a lifetime exploring the state and never see the same place twice. As you plan your Alaska outdoors trip, you need to know what to expect in the region you are visiting. What is the weather like? What are the terrain & vegetation like? What rivers flow through the area? What facilities are available?  Can the area be accessed by road, or is flying necessary? Here you will find  details on these, and more.  We constantly update these pages, so if you don't find what you need, bookmark the page and check back. 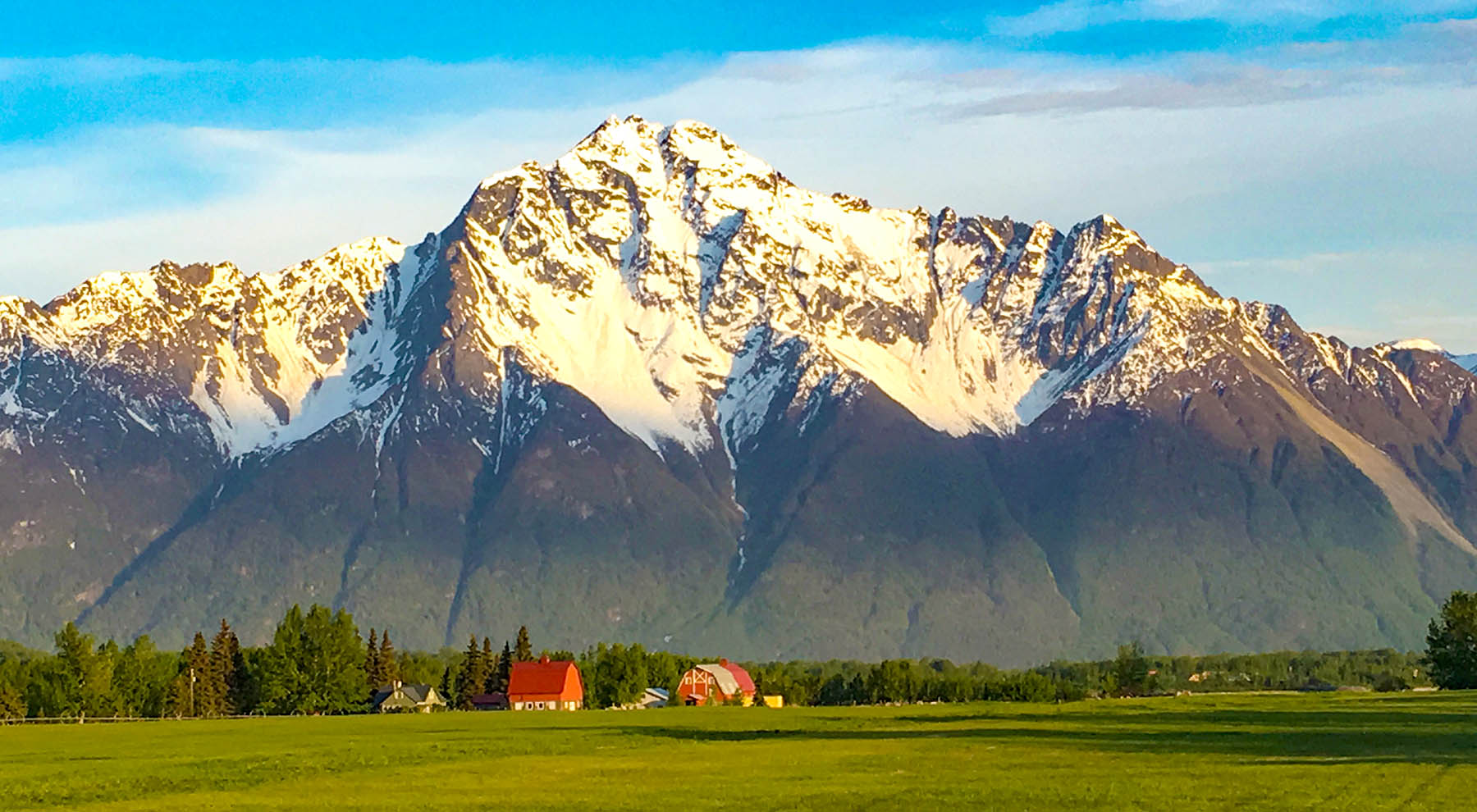 This site divides the state into the same regional designations used by the Alaska Department of Fish and Game's Division of Wildlife Conservation. Each of those regions is generally described below. For details on the entire region, including amenities and recreational opportunities, click on it's title.

Region 2 includes the coastal waters associated with Prince William Sound from the Cordova area north and west. It includes the entire Kenai Peninsula, which hosts some of the best road-accessible fishing in the state (the Kenai and Russian rivers, for example), as well as popular jump-off points for saltwater halibut, lingcod, rockfish and salmon fishing out of Valdez, Whittier, Seward, the Deep Creek / Ninilchik area, and Homer. It also includes the storied Kodiak and Afognak islands, famous for brown bears, Sitka blacktailed deer, elk, and some of the best saltwater fishing in the state. This site divides Region 2 into "east" and "west" subregions. The eastern section includes the North Gulf Coast area and the Kenai Peninsula, while the western section includes the Kodiak / Afognak Islands area.

Southcentral Alaska contains the population center of the whole state, with the communities of Anchorage, Palmer, Wasilla, King Salmon, Dillingham, and many others, including the tiny community of Adak. Recreational opportunities abound in this area, with some of the best trophy rainbow trout fishing out in the Bristol Bay watersheds, excellent road-based fishing for all five species of salmon, dolly varden, grayling, lake trout and northern pike, to name a few. Waterfowl hunting is good, as is big-game hunting for moose, caribou, black bear, brown / grizzly bear, and Dall sheep. There are many affordable opportunities for flight-seeing, and great opportunities for snowmachining the back-country in the winter months.

The Arctic is truly "the land of the midnight sun", with 24 hours of daylight for a good portion  of the summer. This region is mostly inaccessible by road, however several airlines serve the villages scattered throughout the area, so access is good. Once you arrive in a village, any of a number of commercial air charter services offer wheel, float plane, or ski plane access to remote locations. Though saltwater fishing opportunities are limited, freshwater fishing is tremendous and several unique species can be had in this area, including the iconnu, or "sheefish", which grow to exceptional size (the current state record is 53lbs.) Hunting opportunities exist for many species, including the unique muskox.

Where next on the Alaska Outdoors Supersite?

Fishing lodges, hunting guides, saltwater charters, air taxis, guns, tackle, and more.  This is the most comprehensive directory of Alaska outdoor goods and service providers you will find on the Internet. We don't just include paid advertisers here; our directory is filled with hundreds of listings throughout Alaska.

Purchase Alaska fishing, Alaska hunting and Alaska travel books books and more right here.  We use a secure server and if you don't like the book when you get it....send it back.  We'll refund your money no questions asked.

Read what people are saying about fishing and hunting in Alaska.  Post your own comments. We also have an Alaska swap n sell forum for outdoors equipment and services. We have over 80 forums all dedicated to specific Alaska outdoor topics, and we see thousands of visitors there each day. Activities Interested in fishing or hunting in Alaska? Camping, hiking or mountain biking? How about boating on Prince William Sound? Or maybe you've never been to Alaska and you need help planning your trip? These things and much more await you in our Activities section.

With over 160,000 pages on this site, you need a map! Though we've made the information as accessible as possible, content is constantly being added and the Alaska Outdoors Supersite is complex. Check the map if you get lost.