Several effective techniques are used to take freshwater fish in Alaska; the method used often (but not always) depends on the location and the species you are targeting. Here are some common methods used. 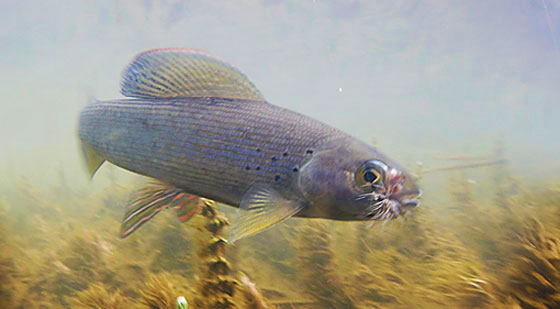 Back-bouncing, a river fishing technique, involves using weight to keep your line at or near the bottom, using the current to "walk" your offering through a hole, riffle, or other area likely to hold fish. Let your line to the bottom until you feel the weight contact bottom, then gently lift, allowing the current to push the weight a short distance (usually a few inches). Back-bouncing is a very effective method of fishing slots from a boat. If the oarsman or motor operator is working the hole properly, it is possible to cover every square foot of the area in one pass through. Back-bouncing can also be done from shore, typically from points the project into the main channel, offering a drift off the end of the point.

Similar to lake trolling, back-trolling is a river fishing technique that involves using the current to keep an offering at or near the bottom, usually by using a motor to slow the drift of a boat. In some cases oars may be used instead. The boat is positioned with the bow upstream, and various planing devices are used to keep lines at or near the bottom, while gently maneuvering the boat side-to-side to cover the area. Once an area has been worked, the boat is allowed to slip slowly downstream and the process is repeated. In this way it is possible to work an entire location, exposing an offering to every fish in the hole.

A common lake fishing technique used with bait, simply clip a bobber (float) onto your line at a prescribed distance from your hook, and cast the line into an area thought to hold fish. When a fish strikes, the float moves and the angler sets the hook. Sometimes split-shot are used on the line, to get the bait down to the required depth.

A relatively recent arrival in Alaska, center pin fishing (center-pinning) is a river fishing technique that involves the use of a simple reel with an axle (pin) that allows the reel to spin freely enough to allow long-distance casting. Many anglers use braided dacron line for backing, topped with a monofilament main line. The terminal end of the line is rigged with a fly in most cases, split shot when necessary (but often avoided because the weight can inhibit the dead-drift action anglers are looking for), and a float, which is positioned to keep the offering at or near the bottom. Center-pinning can be done from shore or from a boat.

Fly fishing involves using a fly rod and reel, and a fly line. Unlike other methods that depend on using heavier offerings or the addition of weight on the main line in order to cast the offering to the fish, fly fishing relies on the weight of the line to carry the fly to the fish. Fly lines are available in floating, sinking, and sinking tip versions, with the choice of line dependent on the species targeted. Fly fishing may involve the use of dry flies (which are floated on the surface, or wet flies, nymphs or streamers which are fished below the surface.

A common fishing technique in the Lower 48 states for angling for panfish and trout, jigging is not as popular in Alaska. It can be a very effective technique for lake trout fishing, however, and is almost the only option in the winter ice fishing months. Popular jigging lures include standard lead-head jigs with rubber tails or bucktail, Flatfish lures, or spoons.

Otherwise known as "flossing" or "force-feeding", lining is the most popular method of catching sockeye salmon in many freshwater fisheries such as the Kenai and Russian rivers. This is because sockeye, unlike other salmon species, do not readily strike a lure or bait while they are migrating to spawning areas. In a nutshell, lining involves pulling the line across the bottom at the same level where the fish are found (usually near the bottom), so that the line goes through the fish's open mouth, and is pulled through the mouth until the hook ends up in the mouth. Experienced liners can catch a three-fish limit of sockeye in ten minutes or less in the right conditions. Hooks are usually sharpened to needle-point sharpness, so that they easily penetrate the fish's mouth.

Lining meets the technical definition of snagging, as many fish are hooked outside the mouth with this method. Fish hooked anywhere but inside the mouth must be released, according to the Alaska Fishing Regulations.