Brook trout (salvelinus fontinalis) are members of the char family and indigenous only to the eastern United States. They were introduced to areas outside the eastern seaboard by the American Acclimatization Society and other similar organizations. That started around 1950, and brook trout were introduced into streams and lakes in Southeast Alaska between 1917 and 1950. Over the years, brook trout died out in many places, leaving reproducing populations only in a handful of lakes in Southeast, where they are considered an invasive species. Many of these lakes are accessible only by floatplane. 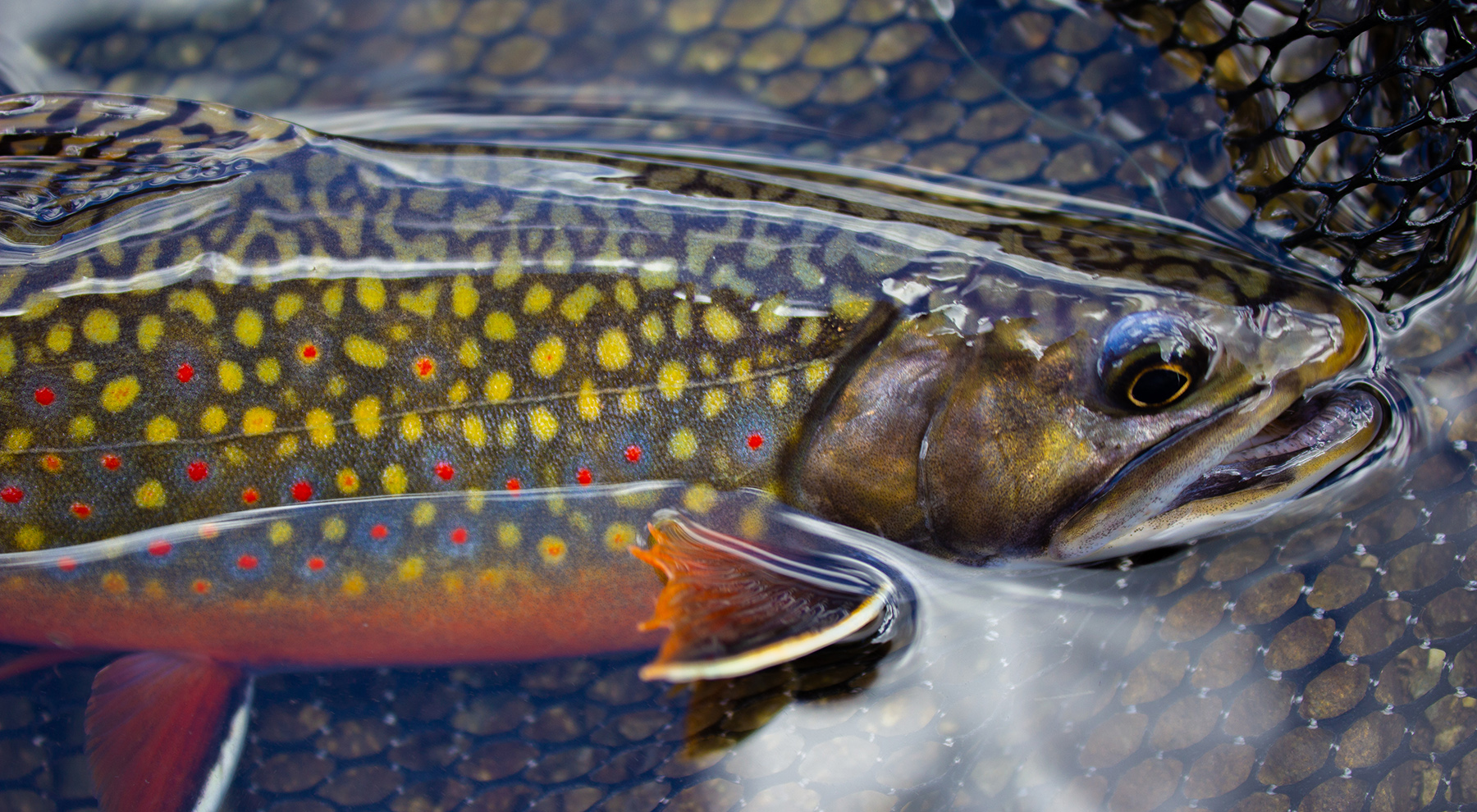 Brook trout in Alaska reach lengths up to 14 inches, with the average adult fish ranging from eight to 12 inches. The state record was 20 inches and was caught in 2012 in Green Lake, on Baranof Island near Sitka. They possess yellowish vermiculation markings along the back, which is a dark olive to greenish hue. They also have small red spots along the lower half of the body, which have pale blue halos around them, along with more prominent light yellow spots. 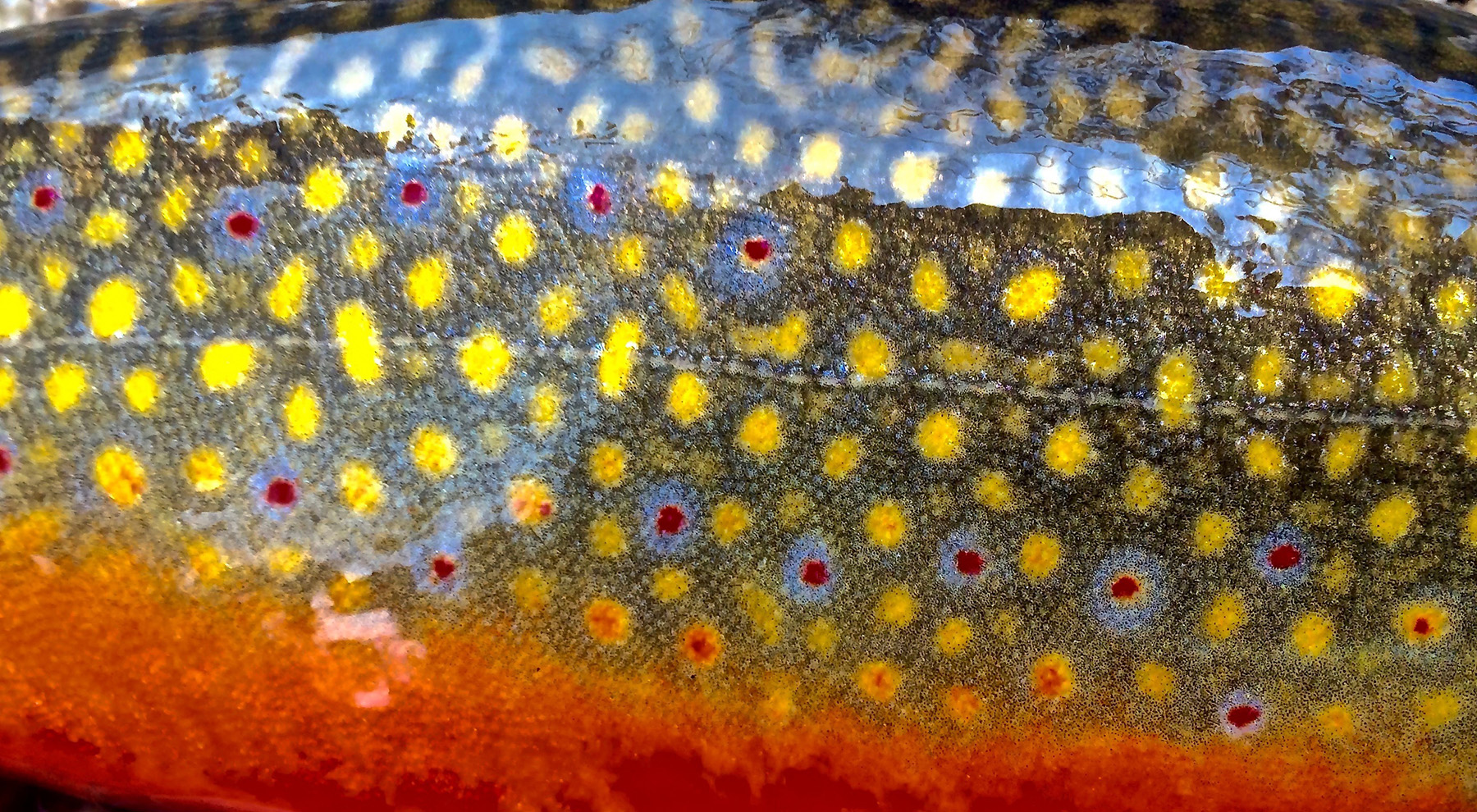 Although brook trout were originally introduced to numerous streams in southeast Alaska by the thousands, it is believed that they reside only in a few lakes, where they are able to reproduce. Here is a list of lakes where brook trout are found. 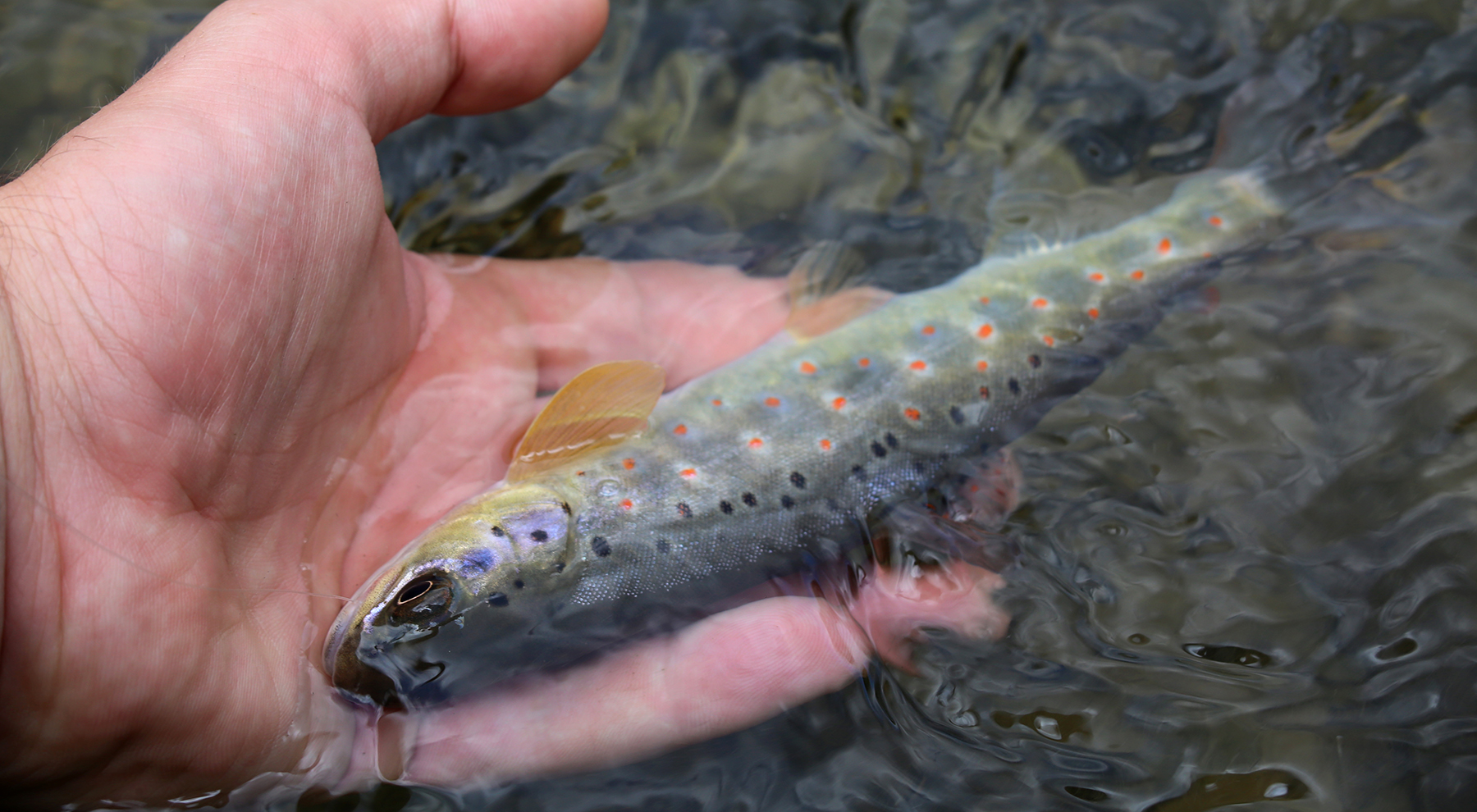 Some mature brook trout retain their parr markings, the darker spots along the lateral line, as seen here.

Fly-fishermen should opt for light rods in the 1/2-wt. class, with floating lines and tippets ranging from 6x-4x. Flies should range from size 18 through 6, with barbless hooks. Flies should include caddis, mayfly, and stonefly imitations up to an inch long, with colors ranging from black to olive, dun, brown, golden, and yellow. Stick with sizes ranging from 14 down to 20. Terrestrials are also important; ants, beetles, caterpillars, and grasshoppers, ranging in color from black to brown. Baitfish imitations are also important; you’re imitating alevin, small salmon smolts, and sticklebacks.

The key for spin-fishermen is to go light. Alaska’s brook trout are small and fight well on light tackle. Line heavier than 6-pound is likely too heavy. Spinners, spoons, and flies all work well, but remember that the bulk of a brook trout’s diet is insects. A bubble float with a light tippet is ideal. Cast along shoreline vegetation and structure where baitfish are found for the best results.