Arctic char (Salvelinus alpinas) are the stuff dreams are made of. Large, aggressive, and beautiful in their spawning colors, Arctic char are the kings of their domain. It's possible some years to fly over portions of the Arctic and observe entire portions of the river that are black with char. 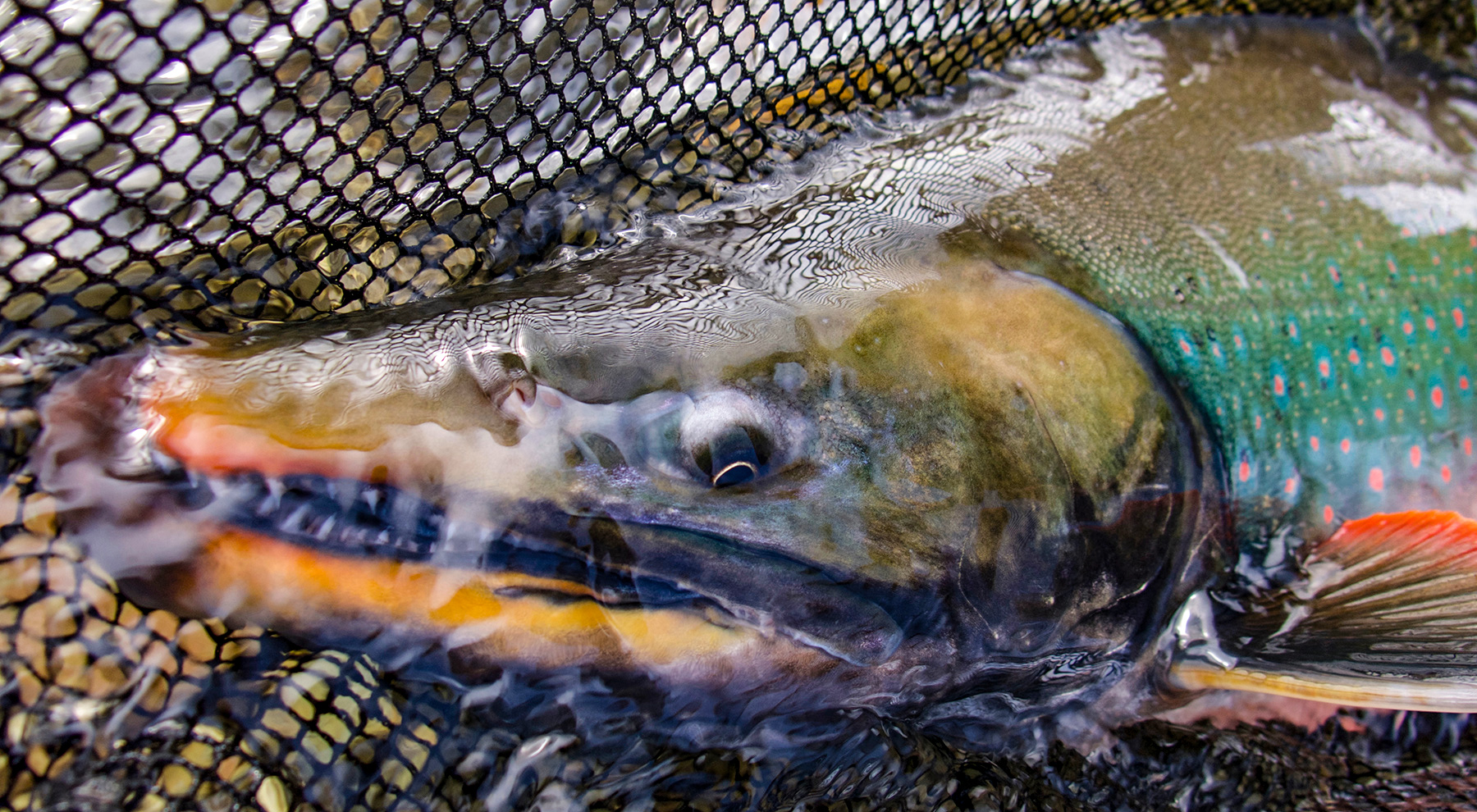 Alaska has four species of char; lake trout, brook trout, Arctic char, and Dolly Varden. Char are distinguished from trout by the presentation of spots on their body. Simply put, char have light spots on a dark body, and trout have dark spots on a lighter body. Arctic char are difficult to distinguish from Dolly Varden in the field, however, the Arctic char generally has fewer spots, a deeply-forked tail in contrast to the Dolly's shallower fork, and a narrower caudal peduncle (the base of the tail.) In their spawning colors, Arctic char present bright orange bellies, large cream-colored to orange spots, and fins trimmed in orange, black, and white. Perhaps one of the best ways to tell Dollies and Arctic char apart from one another is the fact that Arctic char are lake dwellers. So if you catch a fish in a river that you think is an Arctic char, it's actually a Dolly Varden.

Spawning takes place in August and October, with pre-spawners congregating around lake inlets and outlets before moving to deeper water to spawn. 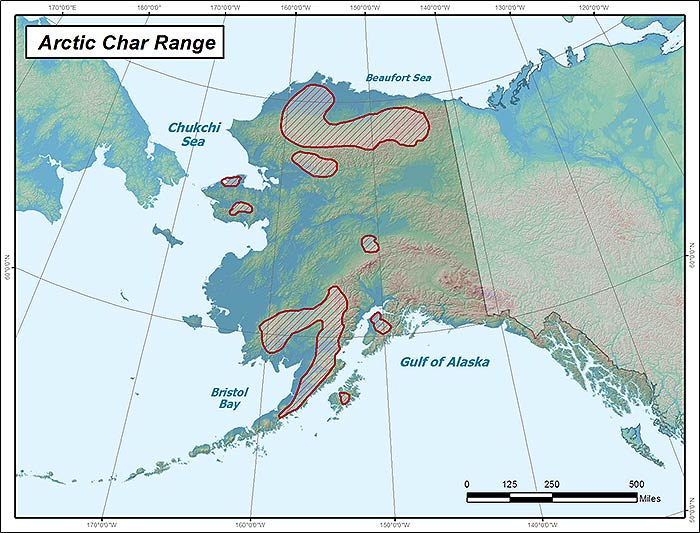 Arctic char are found in lakes across the Arctic region, the Kigluaik Mountains on the Seward Peninsula, the Kuskokwim Mountain Range between McGrath and Bethel, lakes on the upper part of the Alaska Peninsula, and Kodiak Island. 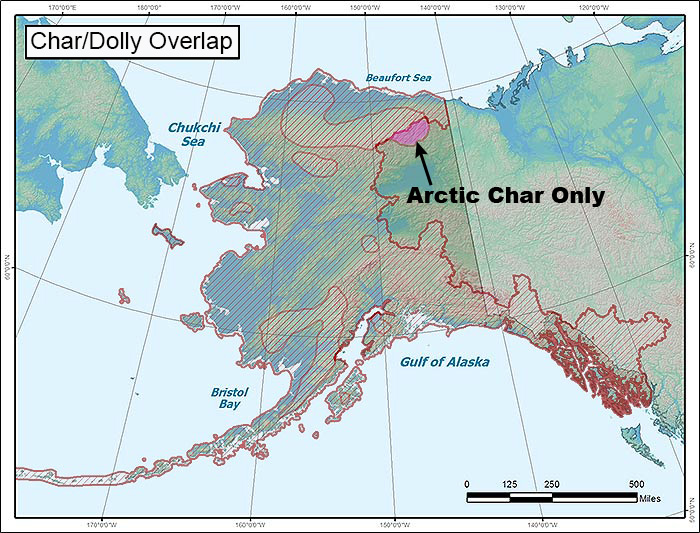 It's impossible to talk about Arctic char without mentioning Dolly Varden. That's because their similar coloration and their overlapping ranges have anglers mistaking one for the other. For this reason, the Alaska Department of Fish and Game merges the bag limit as "Arctic char/Dolly Varden" without separating the two species. The above map shows the areas of overlap between Dolly and Arctic char ranges, with the one area in northeast Alaska that has Arctic char only.

Additionally, the Alaska Department of Fish and Game stocks sterile Arctic char for anglers to catch. These fish are stocked in the following lakes:

Arctic char are at their most vulnerable to anglers when they're in shallow water. In western Alaska, they gather in river outlet areas to feed on out-migrating salmon smolts during late May through early July. They then scatter into the lakes, and don't move into shallow water in any numbers until pre-spawning in August and October. Concentrate your efforts around river inlet and outlet areas, using baitfish imitations and attractor patterns primarily.

A floating line is ideal in shallow water, but a sink-tip can get your offering deeper. If you're using a floating line, consider adding a few weighted streamer flies to your box. Leader length can vary from seven to nine feet or so and should be anywhere from 4lb. to 8lb. (1x-5x or so.) Use attractors, or streamers designed to look like baitfish. Streamer fly sizes should range from 2-6. You can catch Dollies on dry flies in shallow water, particularly in the early or late hours when fish will be feeding in the shallows or near shoreline. In that case, you should switch out to a floating line and a lighter tippet.

Go with medium-weight tackle and fish the shallows near river inlets or outlets where salmon smolts congregate. Fish spinners or spoons. In the early morning or late evening when the sun is off the water, fish may move into shoreline areas to feed on emerging insects or terrestrials. Consider going with barbless hooks to minimize damage to fish you intend to release.