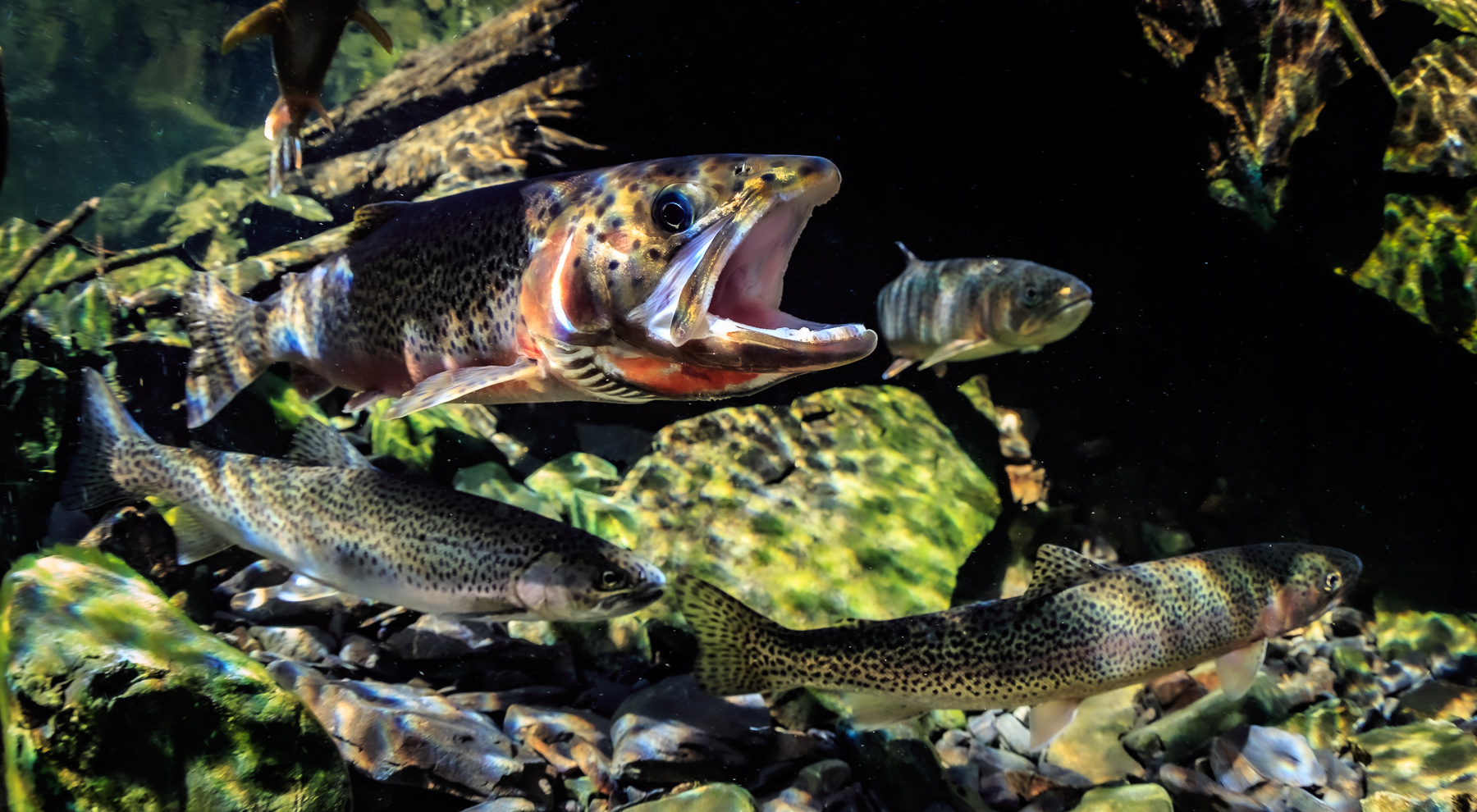 The two red slashes under the jaw readily distinguish cutthroats from other trout species. In some cases, the red slashes may fade to yellowish. They typically have black spots throughout the body, with no spots on the fins. They range up to eight pounds in size; however, adult fish are more common in the six to 18-inch size range. The largest cutthroats are found in lakes and do not migrate to spawn.

Cutthroats exist in Alaska in two forms; anadromous and resident. Anadromous varieties will return to rivers to spawn as many as three times in their lifetime. Cutthroats are opportunistic feeders, with insects, snails, small fish, and salmon eggs on the menu, depending on where the fish are located. In saltwater, they feed on juvenile salmon, sticklebacks, and other small fish. 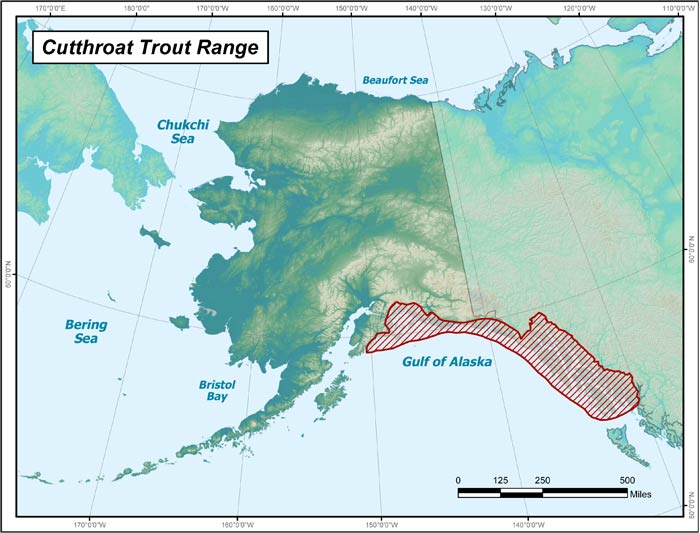 Cutthroat trout live throughout Southeast Alaska and north into the streams and lakes draining into Prince William Sound. They overlap with rainbow trout throughout their range and are sometimes confused for rainbows. But in their habitat, they are the most abundant of the trout species.

Cutthroats are not difficult to catch as they will take a variety of insect and baitfish imitations.

Sea-run cutthroat trout are aggressive feeders, concentrating on baitfish and salmon fry. Fly-fisherman who are targeting anadromous fish should opt for baitfish imitations in sizes 4-6. Spin-fishermen do well with small spoons and spinners. In the rivers, concentrate your efforts on deep runs and areas along the shoreline where there is overhanging vegetation. These areas offer excellent ambush habitat and harbor small baitfish of interest to cutthroats. In river mouth areas, observe which direction the tidal flow is pushing the freshwater plume as the river enters the ocean. Cutthroats will stage in these areas at times.

River fishing for cutthroat is similar to fishing for rainbow trout in the same habitat. You can find cutthroats feeding in riffles a foot or more deep in rivers and in the heads and tailout areas of deeper pools. Later in the day, as the sun climbs to a higher angle, fish will move into deeper water or brushy overhang areas for protection and the best chances to find baitfish.

Lake fishermen have a bit more of a challenge in locating fish; however, known hotspots are along grassy or brushy shorelines where terrestrials fall into the water and where baitfish tend to concentrate. The same applies to areas with aquatic vegetation. Freshwater cutthroat anglers have greater latitude in their selection of offerings than saltwater fishermen, as resident fish readily take insect imitations in addition to baitfish imitations.

Alaska is home to 50 species of mayflies, over 130 species of caddis, and several species of stoneflies. Many of these exist in cutthroat trout habitat, so your fly box should include caddis, mayfly, and stonefly imitations up to an inch long, with colors ranging from black to olive, dun, brown, golden, and yellow. Nymph patterns should be in both natural and bead-head style to target fish at different depths. Stick with sizes ranging from 6 down to 18. Terrestrials are also important; ants, beetles, caterpillars, and grasshoppers, ranging in color from black to brown. Baitfish imitations are also necessary; you’re imitating alevin, small salmon smolts, and sticklebacks. Egg imitations are also important. Cutthroats are vulnerable to mortality from rough handling, so catch-and-release anglers should opt for barbless hooks and rubberized, knotless nets that protect the fish’s slime coating during landing. Keep fish in the water until they are released. Go with a rod in the 3 to 5 wt. class, with floating lines and tippets ranging from 6x-4x, depending on the sizes of flies you’re using.

Cutthroat trout are a lot of fun on light tackle, but remember that you should be prepared for larger fish if you’re lake fishing. Cutthroats grow larger in lake environments. The state record cutthroat was a 20-inch, 3-lb. Fish caught in Wilson Lake, east of Ketchikan. Go with 6-lb. line for the best overall results. If you’re using a bubble float with flies, use a 4-lb. leader or a tapered 4x-5x tippet if you prefer. As with fly-fishing, go with a rubberized, knotless net to minimize damage to fish you intend to release. Use a 6-6 1/2’ ultralight rod and corresponding-sized reel.