Hooligan (thaleichthys pacificus), also known as "candlefish" or "eulachon" are a species of smelt, similar to capelin (mallotus villosus), rainbow smelt (osmerus mordax), and longfin smelt (spirinchus thaleichthys). They travel into several Alaska rivers on their spring spawning run, in some cases by the tens of thousands. Eagles, gulls, bears, and humans congregate in some of these places to indulge in the bounty. Hooligan are an interesting species in that unknown environmental factors often cause them to change destination streams unexpectedly. A particular river may see a strong hooligan run for several years, then suddenly a river that historically had none sees a deluge of fish. 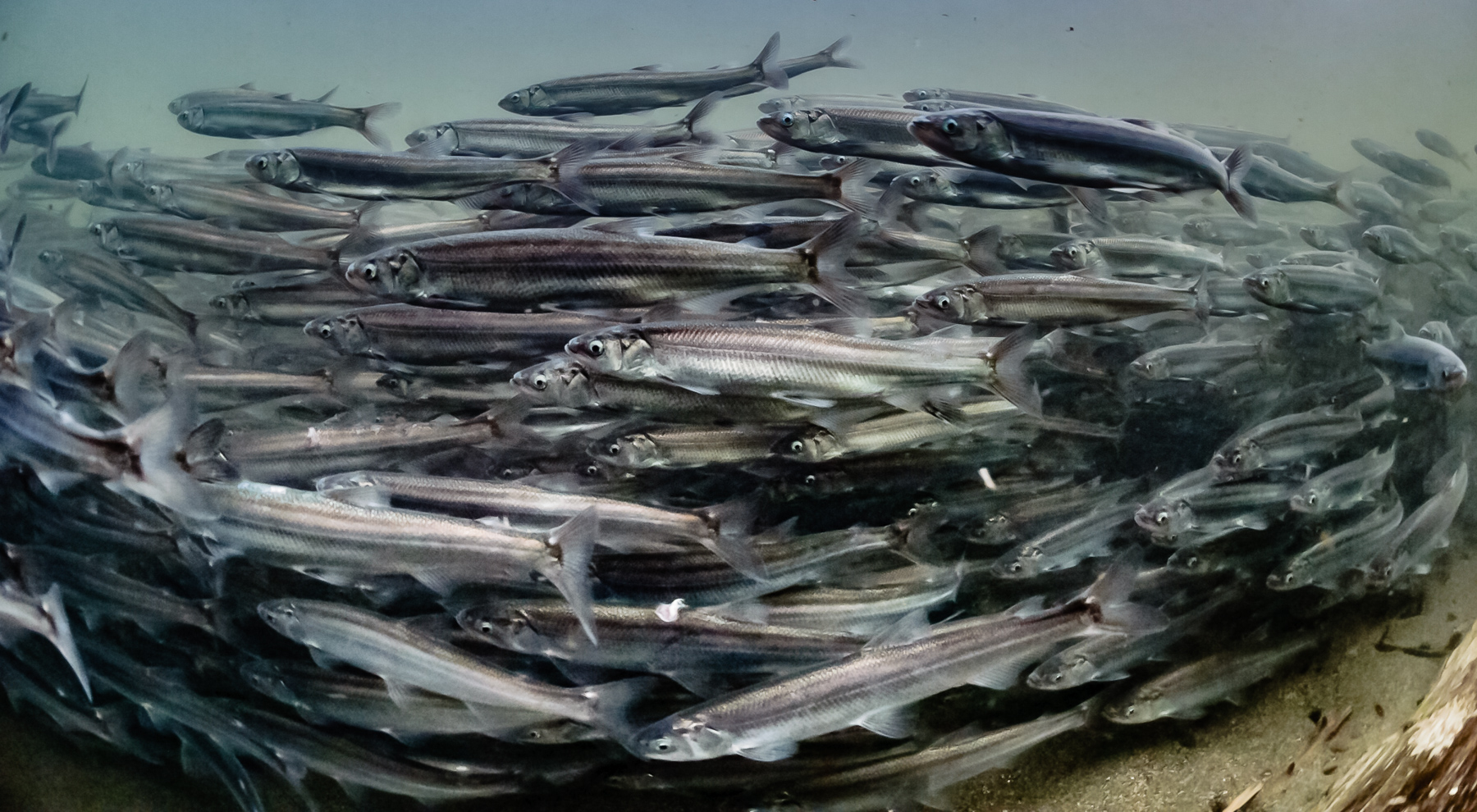 Hooligan are distributed along the Pacific coast from northern California's Mad River to Alaska's Norton Sound area, to Nome. Because they do not necessarily migrate back to their natal stream, but instead, move into the general vicinity where they were spawned, they may be found in any river in these areas. For example, in the upper reaches of Lynn Canal near Haines, they may be found in the Chilkat River, the Chilkoot, the Taiya, the Katzehin, or any of several other river systems in a given year. They may present a strong run in some rivers for a few years in a row, and then unexpectedly disappear, only to run up another river in the area. Their run is often predicated by the arrival of predators that feed upon them; gulls, eagles, beluga whales, humpback whales, seals, and sea lions. Many years ago Alaska natives used the arrival of these predators as the first indication that the hooligan run was about to begin. The run generally peaks in mid to late May, however, a winter run materializes in parts of Southeast Alaska in January- February.

Hooligan are a very important part of the ecosystem, with many predatory species dependent on them for food. Post-spawn dead hooligan are also scavenged by bears and other species and are an important food source. A collateral benefit occurs in riparian zones, as a result of animal and bird feces that is deposited in these areas while feeding on hooligan is taking place.

Due to reduced spawning runs in recent years, hooligan are considered a threatened species in California, Oregon and Washington. They do not appear to be in trouble in Canada or in Alaska.

Hooligan were a very important food source to indigenous populations along the Pacific coast. They were prepared in various ways for human consumption, and the fish were rendered in large quantities for their oil, which was exported via various trail systems linking the Pacific coast with the Interior. Trails such as the Dalton Trail,  the Chilkoot Trail, and several others became known as "grease trails" for their use in portaging boxes of rendered hooligan oil into the Interior for trade purposes. The Naas Trail, now gone, was perhaps the most renowned of these, for the large quantities of hooligan oil transported into the interior of Canada, and the supply of fish, meat, and trade goods transported to the coast in return.

Hooligan grease was used as a substitute for butter (they had no butter in these regions), a seasoning, a base for sauces for cooking, a medicinal salve, a laxative, lamp oil, and many other things. Entire villages were built in prime hooligan fishing locations and political alliances were formed with neighboring groups for the purpose of defending these places. It is said that disputes and rivalries between tribes were often set aside during hooligan season, replaced by cooperation and the camaraderie associated with gathering in the lucrative abundance. According to one source*, a box of hooligan grease could be bartered for four blankets. Two boxes were the price for a canoe. A slave woman could be purchased for two or three boxes of grease. The grease was transported by any means possible, and by whatever means the terrain allowed. This included freighter canoes that could haul as much as 4,000 lbs., dogs pulling travois setups, and even humans packing it on their backs via a tumpline system.

Once European traders established themselves along the coastal areas, an attempt was made to tap into the export market to Europe, but it failed mostly because of the brisk local trade's impact on the supply. Hooligan oil remains a desirable item among Alaska natives as a traditional food (including the oil), and among other Alaskans. 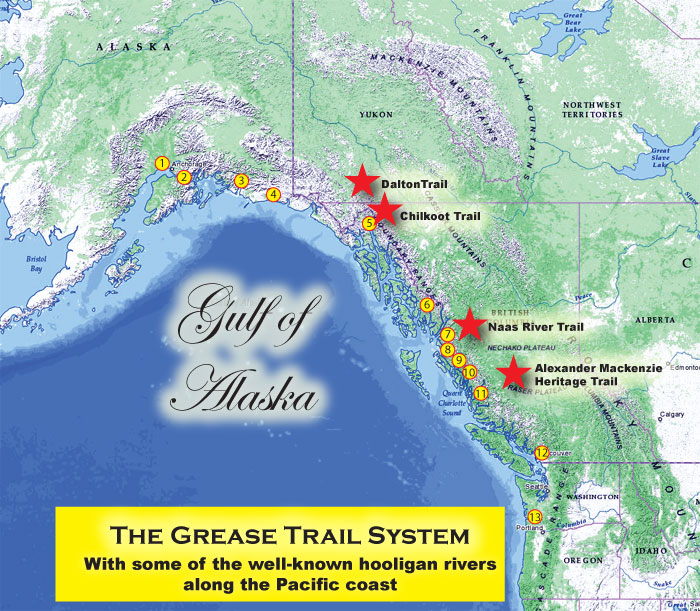 Catching hooligan is very simple. All you really need is a net, a bucket, waders, and proper clothing (synthetic tops and bottoms, wool or poly socks). Hooligan nets use a fine mesh material for the webbing (not a gill net). The color of the net doesn't seem to matter in glacial rivers, as the fish cannot see it. Pole length is determined by the location, however, most nets start at around eight feet, with some considerably longer than that. Some nets are telescopic, giving the dipnetter options to meet a variety of conditions.

How to Dipnet Hooligan 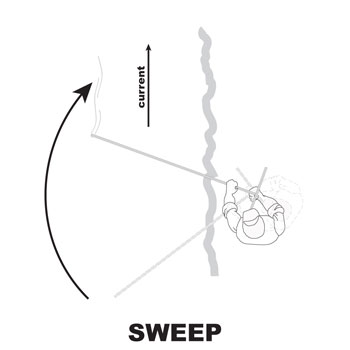 Sweeping is the most popular method of dipnetting hooligan. Stand in the river or on shore, as conditions dictate, and put your net in the water at about a 45-degree angle upstream. Slowly sweep the net across the bottom until you reach a 45-degree downstream angle. You will often feel fish in the net as you are sweeping; continue the sweep as you may be into a school of fish. If you have fish in your net, put some river water in your bucket and put the fish in there to keep them alive and cool.

Note that fish can be caught not only as they ascend a river to spawn, but post-spawning as well, as they descend the river to the saltwater.

When the run is strong, hooligan can be caught most any time. But in intertidal areas, it may be more productive for an hour or two on either side of high tide. Hooligan are weak swimmers and choose slower rivers. They are usually found along the bottom of the water column, where the riverbed structure slows the current somewhat.

What Can You Do With Hooligan?

Dipnetting hooligan is a lot of fun, and it's easy to overcommit and bring home too many. If you're just getting started hooligan fishing, take the conservative approach of killing only a small number of fish to sample before loading up on them (you might not like them). Hooligan flesh is very soft and does not generally keep well in the freezer. There are several ways to prepare them. Most people agree that hooligan eaten the day they are caught are at their best. After that, you're looking at smoking, freezing, canning, pickling, or rendering into oil. The rendered oil is an acquired taste; it has a very strong aroma that is appealing to some people and repulsive to others.

Perhaps the two most common methods of preparing whole fish are to fry them or smoke them. Begin by heading and gutting the fish, cleaning out the kidney (the black line up against the spine inside the body cavity). The most efficient way of doing this is with a pair of kitchen shears. Bread them with seasoned flour or cornmeal and fry them in cooking oil.

An excellent article by Elizabeth D. Nobmann, entitled, "Nutrient Value of Alaska Native Foods" goes into detail regarding the nutritional value of hooligan as a whole food, smoked, or rendered into oil. It can be found at this link.

We've got you covered! Check out the Dipnetting Menu on the left side of this page, or click one of the links below for more information.

Check out the following links to the various dipnetting locations in Alaska.