Alaska has only one species of deer; the diminutive Sitka Blacktail. Found throughout Southeast Alaska and in the Kodiak / Afognak archipelago, they are abundant, and seasons are generally liberal. 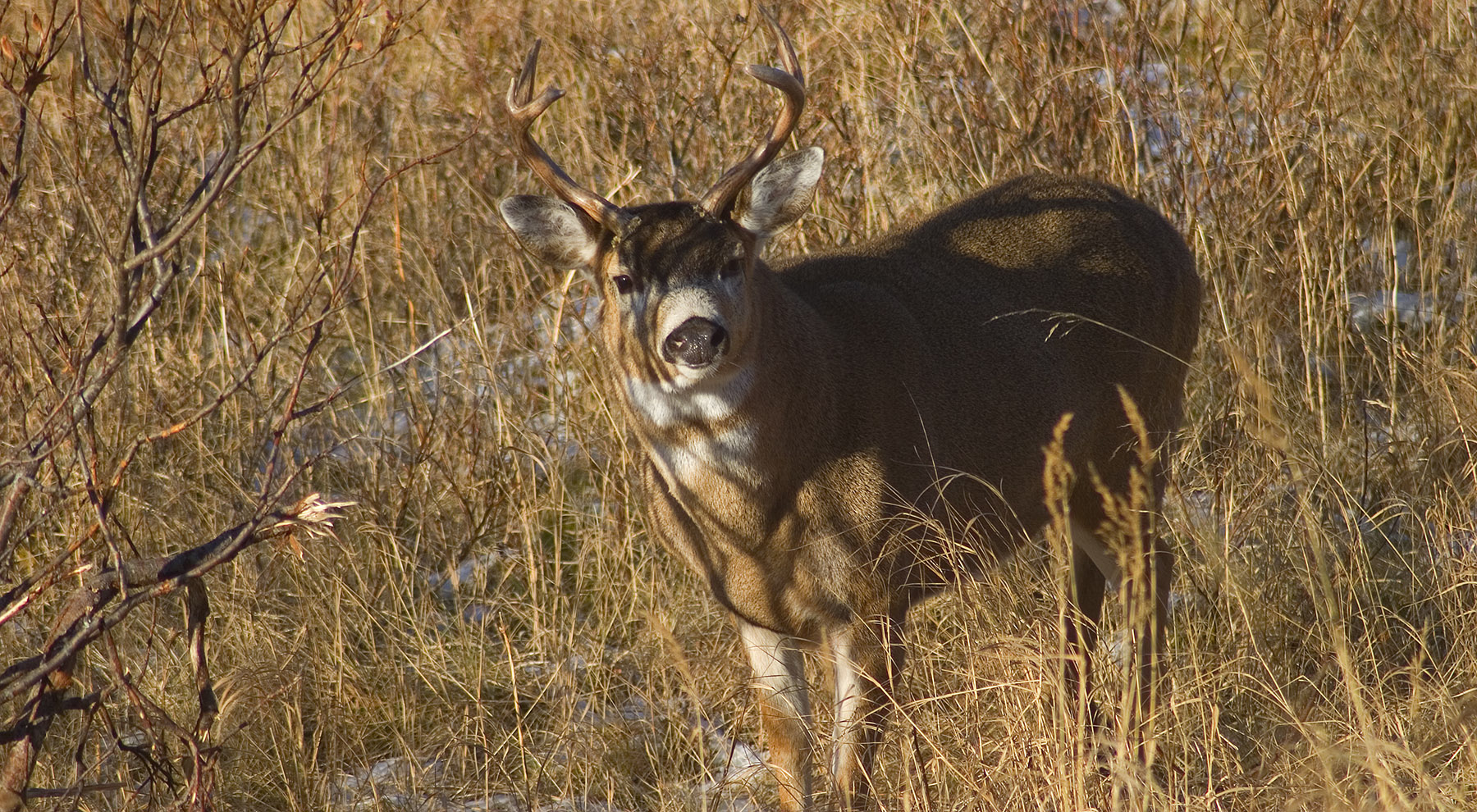 Blacktail deer season generally gets underway in earnest in September and lasts through the month of October in most areas. Hunting in the latter part of the season is somewhat easier than the early season if snow is sufficient to push the deer to lower elevations. If not, be prepared to climb through alder jungles and, in some cases, dodge brown bears that have a higher motivation to grab your deer than you do! In some areas, hunters practically need to post a guard just to clean a deer at the kill site, as bears are on the deer almost as soon as it quits breathing.

Region 2 has decent blacktail populations on many islands in Prince William Sound, some deer in the Cordova area, but they are practically nonexistent from Whittier on to the Kenai Peninsula. Some years ago there were reports of random deer sightings in Whittier, and even in the Anchorage bowl (near Kinkaid Park). But deer have never established themselves in these areas. Kodiak Island, Afognak Island, Raspberry Island, and Shuyak Island all have resident deer populations available to hunters.

Hunters targeting deer anywhere in Region 2, with the exception of mainland-based hunts in the Cordova area) should consider bringing along a small inflatable "Zodiac"-style sportboat and an outboard. This gives you the option of cruising the shoreline while glassing for deer and offers hunters the chance to sample some outstanding saltwater fishing for lingcod, rockfish, salmon and halibut. Depending on seasons and regulatory restrictions, crabbing and shrimping could be additional options.

Many islands in Prince William Sound offer opportunities to hunt Blacktail deer. Access to the best hunting areas is typically by charter boat out of Whittier or Seward, or via seaplane out of Anchorage, Kenai, or Homer (there are no float-equipped aircraft available for hire in Whittier or Seward). Whittier offers a water taxi service that is popular with black bear hunters in the spring and deer hunters in the fall.

One of the biggest challenges facing deer hunters in Prince William Sound is the notoriously bad fall weather that plagues the area. The low pass between Whittier and Portage funnels high winds through the area and can completely blow out a Whittier-based hunt for several days. Pad your schedule on both ends or you could lose your entire hunt to weather. Bring extra food to tide you over, in case you are pinned down in camp past your take-out date.

1. Montague Island. Montague, the largest uninhabited island in the United States, is a 50-mile-long mountainous spine projecting out of the azure waters of Prince William Sound. It's accessible from both Whittier and Seward and is a popular destination for halibut fishermen during the summer months. Because it lies in unprotected waters, getting there by boat can be a challenge, as can landing offshore in a seaplane. MacLeod Harbor and Hanning Bay, located on the northeast side of the island, offer some protection from long ocean swells and can if the wind is coming out of the south, offer good landing places. Similarly, when the north wind blows, Jeanie Cove and Patton Bay offer some protection on the south side. Keep in mind, though, that it may be calm when you are dropped off but the weather can quickly change. You could be stuck there several days past your planned take-out.

2. Culross Island, Perry Island. These islands are the first two large islands you come to as you leave Whittier and head out into the sound. Culross Island is located 25 miles south of Whittier, and Perry is another eight miles south of Culross. Both offer plenty of sheltered coves in which to anchor and hunt. Depending on the wind direction, many of these bays and coves can also be accessed via floatplane out of Anchorage. Floatplane access puts you in a fixed location, so bring along an inflatable sportboat and an outboard so you can prospect for the best hunting spots.

3. Naked Island. Naked Island, true to it's name, lies completely exposed to the wrath of the many weather systems that rack Prince William Sound in the fall months. But if you catch a weather window, it offers good deer hunting and limited pressure. It offers plenty of sheltered coves where a camp can be set.

4. Knight Island. Knight is a popular deer hunting destination, so expect to encounter other hunters.

Deer hunting on Kodiak Island is a study in contrasts. On one hand, the deer population is generally good and bag limits are liberal. On the other hand, brown bears can quickly take possession of your deer even before you arrive at the kill site. The best tool you can bring on a Kodiak deer hunt is a sturdy pack frame to get your deer off the mountain as soon as possible. Although the deer are small enough that they could be dragged from the kill site to the beach, this leaves a scent trail on the ground that is almost certain to attract unwanted attention from bears. Kodiak deer hunters should make it a practice to quickly remove the meat from the deer carcass and backpack it off the mountain immediately.

Shore-based hunters should consider bringing along an inflatable boat and outboard, to cruise the shoreline and hunt areas that would be impossible to reach otherwise.

Though some hunters opt to camp ashore, a safer bet (in terms of contending with bears) is to stay in a cabin or to base your hunt off of a large boat. Several companies offer this service and it is money well spent. Simply glass the hillsides from the boat and launch a skiff when you see something of interest. Beach the boat, make your stalk and carry the meat back to the boat. Sleeping aboard the boat offers the opportunity to sample some of Kodiak's excellent ocean fishing opportunities for salmon, rockfish and halibut.

5. Raspberry and Afognak Islands. These two islands also offer deer hunting, however the setting is more rustic than Kodiak Island itself, with few (if any) boat-based hunts and no public-use cabins. Hunters will most likely have to camp on shore and deal with whatever kind of weather Mother Nature deals out. Sturdy cabin-style tents or four-season mountaineering tents are the preferred options to dealing with the weather, which is quite ferocious at times. Both islands also have healthy brown bear populations, so hunters will need to remain vigilant while hunting and especially while field-dressing deer or packing it to camp. Once the meat is in camp, an electric fence can be a good deterrent to keeping bears away from the meat cache.

6. Shuyak Island. Shuyak offers a handful of public-use cabins that provide excellent protection from the weather. Some cabins also have a nearby meat shed where game can be hung out of view of bears. This also affords hunters a dry place to work on hides and capes, a huge bonus in a place that produces an average of 75 inches of precipitation each year.

There are no deer in this area.

Though rare sightings have been reported near Whittier, there is no huntable deer population in this area.

There are no deer in Region 5.

Books and videos on Sitka blacktail hunting are few and far between. This site does have some resources that can help you get started though; let's take a look.

If you're new to Dall sheep hunting, you'll want to take a look at our Hunt Planning Library. It contains the basic resources you need for planning an Alaska hunt.

The Nature of Alaska