One of the most important components of Alaska hunt planning is knowing where to go for reliable information. A good rule of thumb is to go to the right people, with the right questions, at the right time. Let's look at some of the resources available to you, and what sort of information you can expect from each. 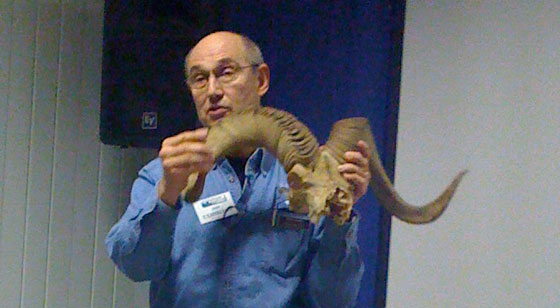 Each region of the state is assigned to several wildlife biologists, who operate under the state constitutional mandate to maintain big-game resources on a sustained-yield basis. What this means is that it's their job to understand all the factors that influence population dynamics, and to proactively influence the factors that inhibit population growth. This is done using a variety of management tools; restrictions on hunting opportunity, predator control and other means. If you were to rely on only one source for population data it would be the area biologist.

The contact information for Alaska's area biologists can be found AT THIS LINK.

How to Approach an Area Biologist

Area biologists receive thousands of questions from hunters every year. Many of these questions come from hunters who, either from ignorance or simple lack of effort, ask general questions while expecting specific answers. For example, one of the most common questions asked is, "Where is a good place to go ____________ hunting?" (fill in the blanks with your species of choice). Hunters ask this question expecting a list of specific locations, while hoping that by "going to the source", they're getting a hot tip on something other hunters don't know about. Nothing could be further from the truth. Remember the axiom: "General questions get general answers".

Never ask a biologist for a commercial air taxi or transporter recommendation! The Department prohibits this practice, for liability reasons. Get your air charter / transporter information elsewhere.

When you're working with an area biologist, it's important, then, to ask good questions. What kinds of questions should you ask, then? To start with, you need to ask questions based upon research you've already conducted. This brings us to our list of pointers: 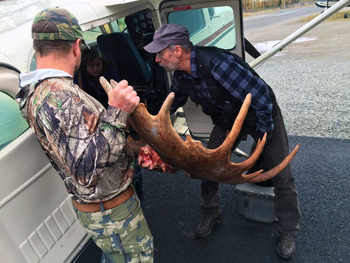 The air charter operator can be a great source of practical information for your hunt. Keep in mind that most will be freer with information after you've booked with them than they will if you're still shopping around. From that perspective, you should not expect them to provide a lot of detailed information that may be reserved for clients. This is especially true of operators who work areas where competition with other operators exists; they don't want to share information that might give them a competitive advantage.

How to Approach an Air Service

A classic mistake new hunters make is to expect their air charter to play the role of a biologist, by asking them questions related to game population dynamics. Even asking them where a good place is to go moose hunting is likely to be met with a vague, useless answer. Questions like this brand you as someone who has not invested any time in research. Do your homework before calling the air service. That said, there are some really good questions you can (and should) ask your air service.

Don't Ask! There are some questions to avoid asking your air charter. Here are some examples:

In most cases, the questions for your air charter or transporter are fairly simple and straightforward. It gets tangled up when you go beyond these basics and start asking them to help plan your hunt for you. If you need that level of service, you're much better off contacting a Hunt Consultant that will spend an adequate amount of time with you. That said, here are the three main questions you should be asking your air service:

You can find a comprehensive list of air taxis and transporters from around the state in our Directory AT THIS LINK.

How Much Will the Airplane Hold? An overloaded aircraft is highly susceptible to having an "unscheduled off-airport landing" (crash). Stick within the load limits of the aircraft! You can get a rough idea of what the aircraft can hold by reviewing THIS LINK, which describes the most common types of Bush aircraft used in Alaska. As always, check with your charter operator for specific limits of their aircraft.

In some cases, additional questions may be necessary. For example, some air services charge extra for additional flights to haul out game meat and trophies, while other air services include that in their fee. To avoid unpleasant and potentially expensive surprises, review the following questions with your air service.

The raft rental outfits can offer broad knowledge about a lot of river systems, and in-depth knowledge on some. They are usually more than willing to provide a variety of information.

Another form of hunting pressure comes from guides who are working the area. Guides may be Alaska residents, or they may be nonresidents. Whatever the case, commercial guiding is conducted throughout the state of Alaska, and it is in your best interest to identify any guides that might be working the area you intend to hunt. Nobody wants to have their hunt compromised or to compromise someone else's hunt by landing on top of each other. There's usually room for everyone, if we can work together. You can find a list of guides through the Big-Game Commercial Services Board AT THIS LINK. You can also find a list of guides in our Directory. Remember that self-guided hunters are allowed to hunt in most of the state, but guides are limited to specific areas that they have to register for 30 days before their hunt. In many cases, they hunt these same areas year after year, therefore it's much easier for you to work around them than it is for them to work around you.

Who is Guiding in the Area?

Commercial guides are allowed up to three Guide Use Areas (GUA) per year. These areas are smaller than a Game Management Unit, and of course encompass federal and state lands. Guides apply for their GUAs with the State of Alaska's Big Game Commercial Services Board (BGCSB), which maintains the guide program and keeps an active list of who is guiding in which areas. To find out what guides are working the area where you want to hunt, contact the BGCSB for a list, along with the GUAs each guide is working. Armed with that information, you can contact the appropriate guides in order to avoid hunting on top of their hunters. Contact the Big Game Commercial Services Board AT THIS LINK. Maps showing the GUAs for the state of Alaska can be found AT THIS LINK.

Because a commercial guide depends on happy clients, and because most clients become unhappy if other parties are hunting on top of them, guides try to choose areas that offer little or no pressure from other hunters, while offering reasonable opportunities for their clients to take game. So it does not necessarily follow that most guides choose the best hunting areas. This is especially true if the "best" means the areas with the most game, and therefore with the most hunters. Guides often choose steady areas that can be relied on to produce year after year. To help ensure you don't inadvertently compromise everyone's hunt, here are some questions to consider, when approaching a guide:

The BLM maintains an accurate list of the landowners throughout the state of Alaska. Here are a couple of things to check with them.

Talk to the BLM representatives to determine the boundaries of private lands in the area you plan to hunt. Most private property in Alaska is neither fenced or posted, yet it is your responsibility to know who the land owners are and avoid trespass situations. Private cabins encountered in the field should NEVER be broken into or occupied unless 1) you have permission to do so, or 2) it is a dire, life-threatening emergency. Respect private property!

The BLM issues permits to guides that are working federal lands; it is possible to contact them for information on who is registered in the area and where they are working.

A list of local BLM offices around the state of Alaska can be found AT THIS LINK.

For guides working on state land, land use permits must be secured no later than 30 days prior to commencement of hunting activities. The DNR maintains an interactive map showing the exact geographical location of any land use permits issued, however the only commercial operators that will appear on that map are those operating on longer five-year permits. You can access that map AT THIS LINK. Guides conducting float hunts or occupying mobile tent camps do not appear on the map, so you will have to base your research on information provided by the State of Alaska Big Game Commercial Services Board. 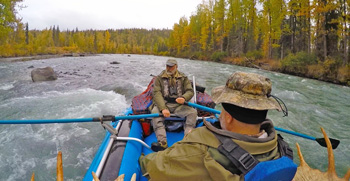 Fellow hunters can be a wealth of information; the keys to getting good information are 1) knowing where to find them, and 2) knowing what questions to ask (and not ask). For example, don't expect anyone to reveal their "secret spots", and be leery of specific location information that's volunteered by someone you barely know; they could be redirecting you away from something really good. Finally, keep in mind that the quality of information you receive from other hunters is highly variable. Learn as much as you can about the experience level of the people you're talking with. Some talk a good story, but if you press them a bit, you may discover that their experience is very limited and the information may be flawed.

Float hunters should speak with other floaters who know the river in question, either through personal research or field experience. Note that some rafters may be anti-hunters; be sensitive to their situation. The best place to make direct contact with people who have "been there, done that, and got the wet tee shirt" is the Alaska Rafting Forums on this site. If you want to avoid tipping off other hunters to your intentions, approach rafters through the Private Message function of the forums and ask your specific questions there. Here are some areas to consider:

We offer a comprehensive DIY Hunt Planning series through Alaska Outdoors University. Click here to see what it's all about!

Our Directory offers a complete listing of all available air services, raft rentals, camping equipment companies, and satphone rental outfits in the state.

Our Bookstore also includes a wide range of resources you need for planning your Do-It-Yourself Alaska hunt.

What's next in Alaska hunt planning?

Lots to think about in this section; sources to approach, questions to ask. Where do you go from here?

Start at the beginning with an orientation to the planning process, using one of three different planning methodologies.

This section outlines all the major steps in the hunt planning process, together with a time frame in which they should be accomplished. Though not locked in stone, it should give you a pretty good idea of what is involved in planning an Alaska hunt.

A critical aspect of planning your hunt is choosing the right location. This section walks you through the entire process of area selection, starting with understanding the regions of the state and breaking it down into smaller pieces to help you decide the best place for your hunt.

Maps play a critical role in hunt planning. One of the most useful tools out there are the color infrared photos available in Anchorage and Fairbanks. We discuss those maps and how to use them for hunt planning purposes in our Color Infrared Photos section. 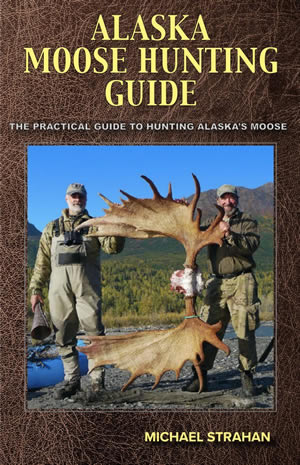