Bison once roamed Alaska as far back as the ice age, and fossil skulls and bones are still found on occasion. These animals were massive in size compared to modern bison. Today bison exist in huntable numbers near Delta Junction and Farewell. Some also live on ranches on Kodiak Island, where they are occasionally made available to shooters on a fee basis. All bison hunting on public lands is done on a drawing permit basis. 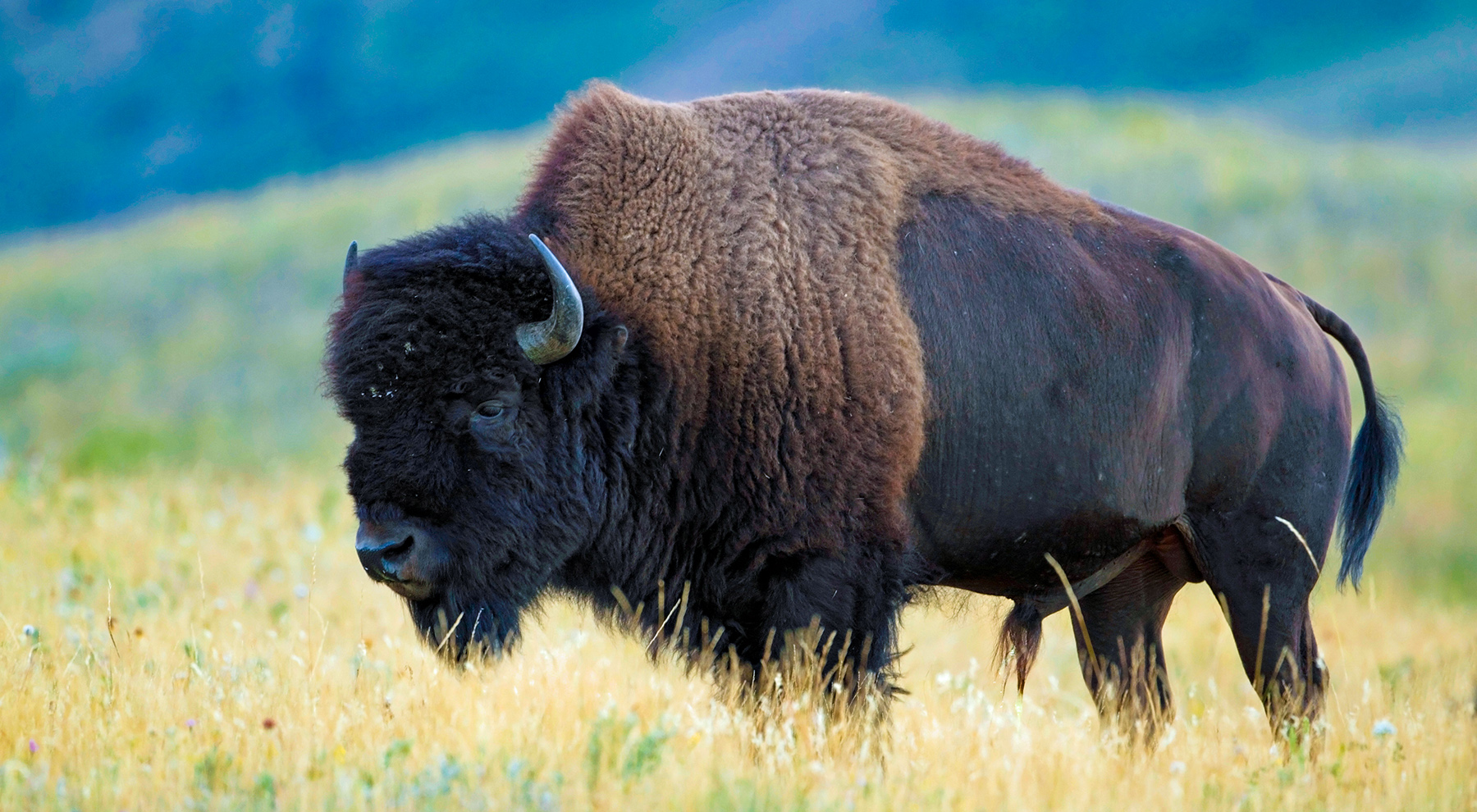 The largest land animal in North America, the American Bison is divided into two subspecies; the plains bison and the wood bison. Wood bison, the larger of the two, inhabited Alaska as recently as a hundred years ago when they disappeared as a result of hunting pressure and climate change. They are still found in parts of Canada. An effort is currently underway to reintroduce wood bison to Alaska and it is hoped that the nucleus of this reintroduction near the Paradise Controlled Use area in GMU 21E will be the beginning point of a larger effort.

Plains bison were transplanted to the Delta Junction area from a small herd on the National Bison Range in Montana, in 1928. The herd has grown substantially, to the point that annual hunting permits are issued. There has been a recent effort by the Alaska Department of Fish and Game to reintroduce wood bison to Alaska.

Bison season in Alaska begins in September and lasts in some cases into March. Though the Delta herd is available on public land, many animals spend much of their time on private farmland where hunters must request permission to hunt. The Farewell hunt is available only on a fly-in basis due to the remote location, and the animals are harder to locate, owing to the high willows and alder in the area. 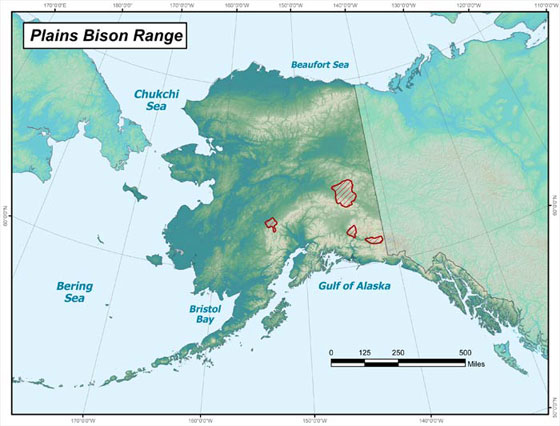 There are no bison in Region 1.

The only bison in Region 2 are located on private ranches on Kodiak Island, where they are the private property of the landholder. Some landowners allow the taking of bison on a fee basis. Occasionally these animals wander onto public lands, and there is an ongoing effort by the Alaska Department of Fish and Game to work with landowners to keep the animals contained.

GMU 19C is home to the Farewell Herd, which was transplanted from the Fort Greely Army Reservation in 1965, and again in 1968. A total of 38 animals were transplanted (13 bulls and 20 cows). The herd spent most of its time foraging in the South Fork Kuskokwim, but the Farewell Burn occurred in 1977, consuming 345,000 acres (nearly 540 square miles). The fire resulted in the growth of new grassland and herd production grew to a high of 350 animals by 1999, and remained at that level for the following five years, after which it began to decline. The current population estimate is around 100 animals, however, there is some uncertainty over the accuracy of the count, as animals have begun to spread into other areas. Management goals are to achieve a population of 300 animals, however, there are concerns over forage quality, as the burn has grown over. On the other hand, there is unused rangeland available, and ADF&G is also recommending some controlled burns in the area to improve range quality. There are presently two drawing permit hunts in GMU 19; a spring hunt and a fall hunt. A radio-collaring effort is currently underway in order to obtain solid population and distribution data.

Region 4 is the home of three of Alaska's four wild plains bison herds:

There are no bison in Region 5.

Skinning a bison can be a tough job; bulls like to roll (wallow) in the dirt and mud, which permeates the hair and hide with sand and grit. Bring at least two sharp knives for the job, and try to work your animal on a tarp in order to keep the meat clean. Because many bison are taken on farmland or in areas that are relatively accessible, packing and transport aren't usually much of a problem. If you're hunting the Farewell area, however, you could have a long pack on your hands, and a mature bull bison can weigh up to 2,000 pounds, with a meat yield of around 650 pounds or more. It will take you at least eight backpack loads to move it to the airstrip. Meat quality is generally better on fall hunts, as fat reserves are diminished by the spring season.

Road-based bison hunting in the Delta area often happens in winter conditions, when the ground is frozen and animals can be more easily accessed.  Here's a general list; refine it to fit the location you're hunting.

Bring two sets of thermal underwear; a light-weight set and a medium-weight set. Tops should be zippered tee-neck style if possible, to retain heat in the neck area. The two layers can be worn separately or doubled up as temperatures demand. Go with softer wool or a synthetic to wick moisture away from your skin.
Synthetic briefs are a great idea for controlling moisture that might otherwise build up against your skin.

For socks go with Smartwool or Thor-Lo brand; both are excellent at controlling moisture, and they offer extra padding that will pamper your feet on the rough terrain you'll be hiking. Some hunters prefer a crew-length or mid-height sock rather than those that go over the calf.

With the exception of the winter hunts, bison hunters need good raingear. Helly Hansen Impertech is a preferred brand, but keep in mind that it is 100% waterproof. You're going to sweat if you're climbing while wearing it. Keep the top unbuttoned if it's not pouring rain, and it will greatly help in allowing moisture to evaporate off.
Attention Bison Hunters: Bison hunting in Alaska is closely managed by the Alaska Department of Fish and Game. Visit THIS LINK for specific details, permit information, and other resources you need to hunt bison in Alaska.

Read More About It on the Alaska Outdoors Supersite

Here is a list of additional resources on bison biology, hunting tactics, and meat and trophy care.