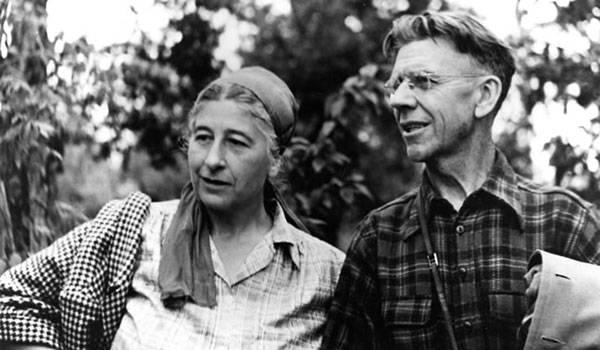 Grant caribou range throughout the Alaska Peninsula and Unimak Island. It is said that they were on Unga Island, in the Shumagins, in considerable numbers at one time (Allen 1902, p. 127), and caribou were reported on Deer Island. In July 1925, I found a caribou skeleton on Amak Island, 12 or 14 miles north of Alaska Peninsula. The bones were very old, partly buried in moss and other vegetation. Part of an antler from another individual also was unearthed. Kellogg (1936, p. 37) found caribou bones in midden material from old village sites on Kodiak Island. In primitive times, it is evident that caribou were more plentiful on Alaska Peninsula and Unimak Island and "over-flowed" to other islands, possibly to more islands than is shown by these meager records.

Jochelson (1925, p. 36) found a "reindeer" antler spoon in a village midden on Umnak Island. This spoon, or the antler, may possibly have come from Unimak Island in trade.

As reported elsewhere (Murie 1935, p. 59), caribou of Alaska Peninsula were at one time more closely associated with mainland herds by way of the Bristol Bay region. This is suggested by Osgood (1904, p. 28) who mentions particularly the Lake Clark and Lake Iliamna district as caribou country. Johnson (1886, p. 65) saw them on the tundra near Nushagak in April 1886, and McKay had obtained specimens there in 1882.

The field reports and conversations of Donald Stevenson, fur warden in the Aleutians from 1920 to 1925, revealed great fluctuations in the numbers of caribou on Unimak Island. In the early eighties and nineties, there was much caribou hunting by sea otter hunters, with the result that caribou were greatly reduced in numbers about 1894. When only a few hundred remained, hunting decreased and, as caribou were more plentiful on the peninsula at that time, annual migrations brought an influx of new stock which raised the herd to "full carrying capacity" of the island by 1905.

Stevenson said that no large migrations across Isanotski Strait have taken place since 1908. A few crossed since then, in both directions, but the last known crossing was made by 46 caribou that passed over near St. Catherine Cove in December 1916. He said that the caribou began to decline in numbers after 1908, but that they had been increasing again more recently (as of 1925). At that time (1925), he had made a tentative estimate of 7,000 to 10,000 animals. After my season's work, I accepted the lesser figure as the more probable one.

On Unimak Island, Urilia Bay seemed to be one of the favored caribou habitats. On April 29, we saw more than 40 caribou on the grass flats around the lagoon, and, a few days later, 51 were counted from one point. During this period the caribou subsisted chiefly on dead vegetation, except for Heracleum lanatum and Coelopleurum gmelini, two robust plants that were just appearing in green rosettes — these plants were eagerly eaten by the caribou.

Winters often are stormy and disagreeable on Unimak, and Stevenson suggested that a series of severe winters might have been one cause of caribou fluctuations. In 1925, there were reports of finding many dead caribou, and I found a number of skeletons. In one instance, the animal (a bull) obviously had died in a resting attitude. On May 8, I found a diseased yearling bull that was blind in both eyes.

As there has been public concern in recent years about the increase of wolves, it is important to note that wolves were scarce during the periods of decline of caribou on Unimak Island in those earlier years, and at the time that so many caribou died, in 1925, there were no wolves. Obviously, much additional investigation is necessary for an understanding of the caribou.

In 1925, we had estimated that there were about 5,000 caribou on Alaska Peninsula, which was a decline in numbers since earlier times. Wolves were not a problem at that time. Speaking at the Alaska Science Conference at Washington, D. C, on November 10, 1950, on "Predator Control Problems in Alaska," Dorr D. Green reported that "The Alaska Peninsula, which once supported hundreds of thousands of caribou, has a herd that is now reduced to about 2,500 animals, of which 2,000 are probably reindeer- caribou hybrids."

For a long time there were none, but about 3 years ago we found 14 during a rather incomplete survey. Last winter Jones and Burkholder estimated 150 on the island. . . . Apparently there is a movement back and forth over False Pass at the end of the Peninsula. We do know this occurs, as it has been witnessed.

The population of caribou at the end of the Alaska Peninsula has for a long time been low but appears to be building up somewhat now..... 5,000 animals would be a rather rough current estimate of the entire Peninsula herd.

Whatever the actual numbers in early times, the fact that today the caribou have interbred so extensively with the domesticated reindeer spells the doom of Rangifer arcticus granti as a subspecies, perhaps as a wild game animal.